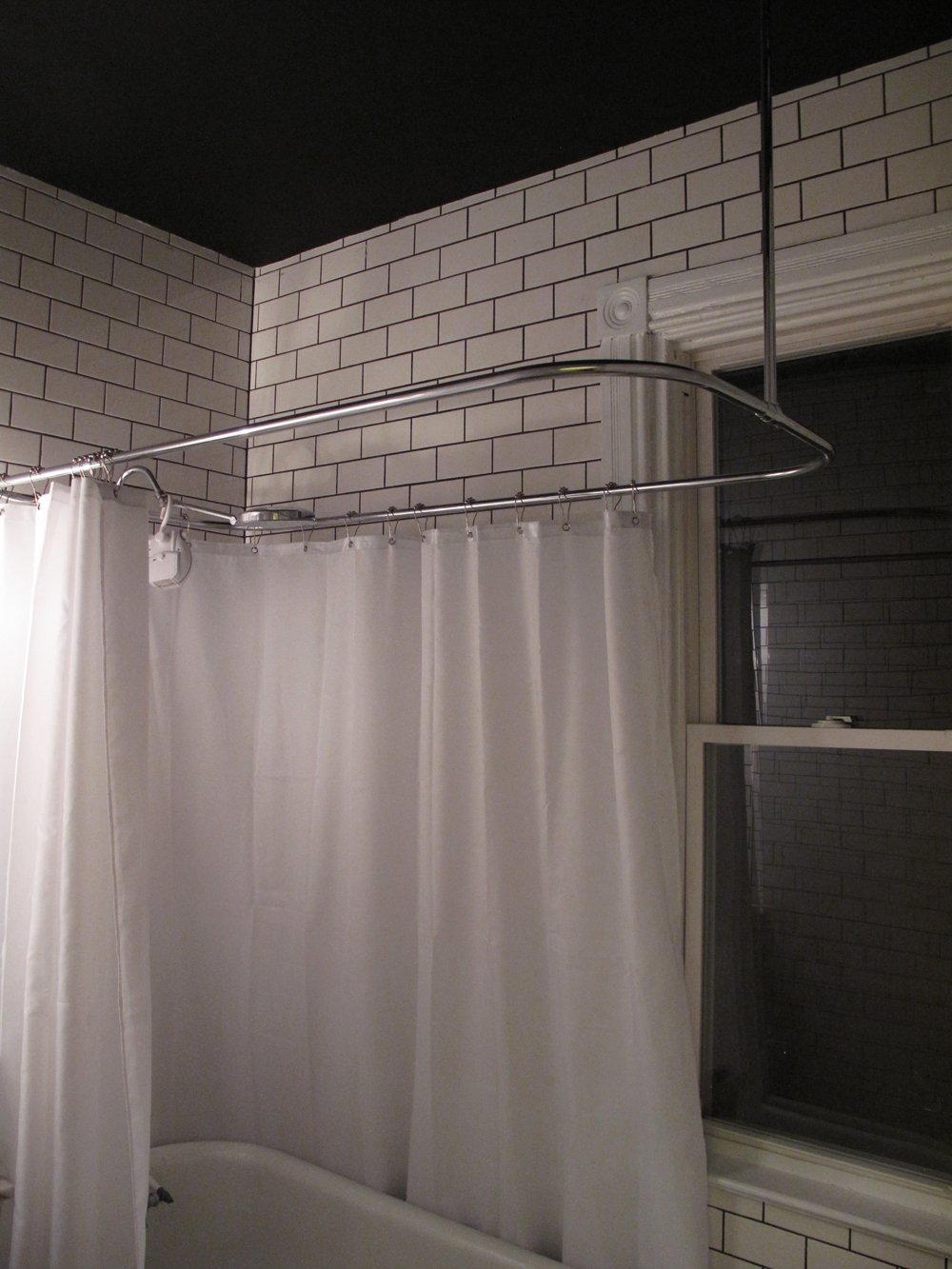 There’s been a whole lotta white in this renovation so far, so I decided to switch it up a bit. Time for some black. on the ceiling. in our main bathroom. 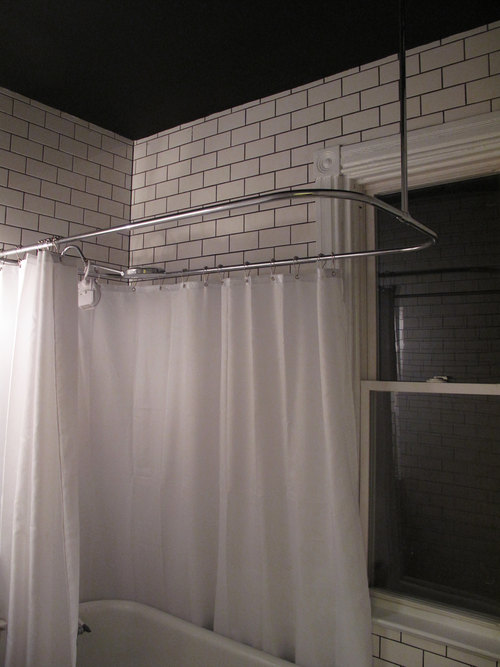 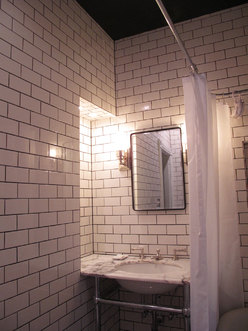 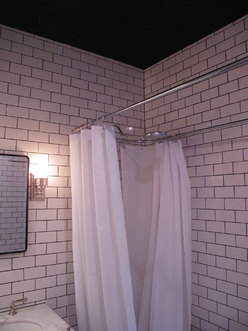 It looks awesome. at least twice as good as the picture above.Its hard to capture in pictures – part of the problem the bathroom is small – its only about 7′ by 5.5′ – good camera angles are difficult to find!

This was not as easy of a project as I thought it would be, but totally worth it. Its the climbing on the ladder, trying to get to all the corners, and using the extension thingy with the roller. First the set up (thankfully precautionary tape was already up from plaster, which was done by our contractors): 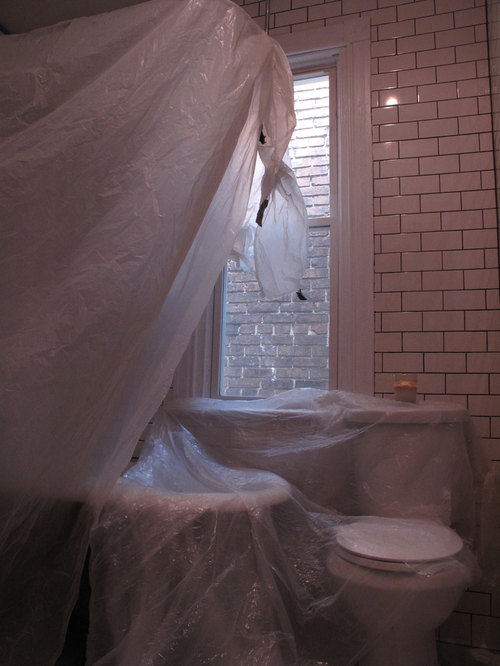 The candle is there for a reason – it does a very good job of getting rid of paint smells. highly recommend. 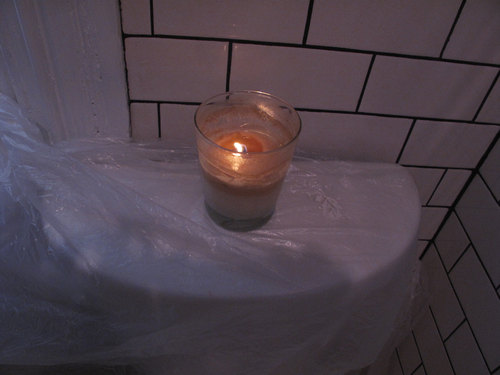 Then the primer – i really, really didn’t want to use oil-based, even though that probably is an extra good idea in the bathroom. but I couldn’t handle the clean up. So Killz Latex water-based was my next best choice. 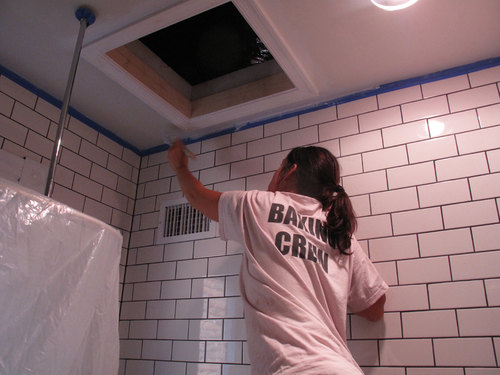 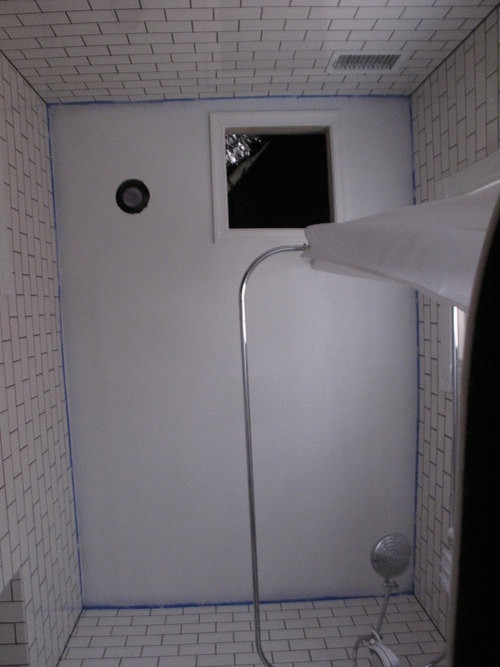 I did get the Benjamin Moore Aura Bath and Spa paint for wet rooms. Actually, let me correct myself there. I first got regular flat paint for ceilings. forgetting that bathrooms and kitchens require extra care and extra tough paint to prevent water damage and for ease of cleaning. doh. that’s $20 to the wind. at least I came to my senses before opening that first can of paint.

Hopefully this specialty paint does the job of preventing water from seeping into the ceiling.  So far, I am impressed by its looks (and apparent advances in paint technology!) this paint is supposedly as good as the glossy paint, but it dries matte = awesome. No more extra shiny walls and ceilings in bathrooms  (unless that’s by design of course) 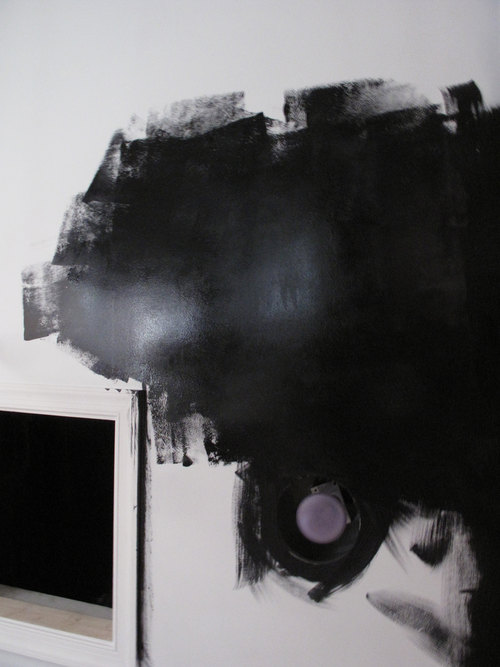 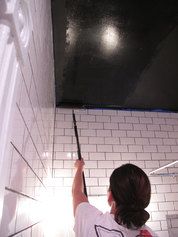 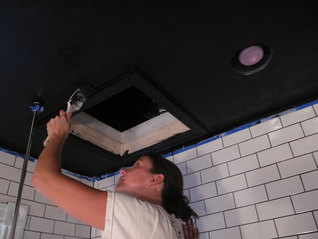 One primer coat and two layers of paint later (each taking me a good 1.5 hours), its is done! 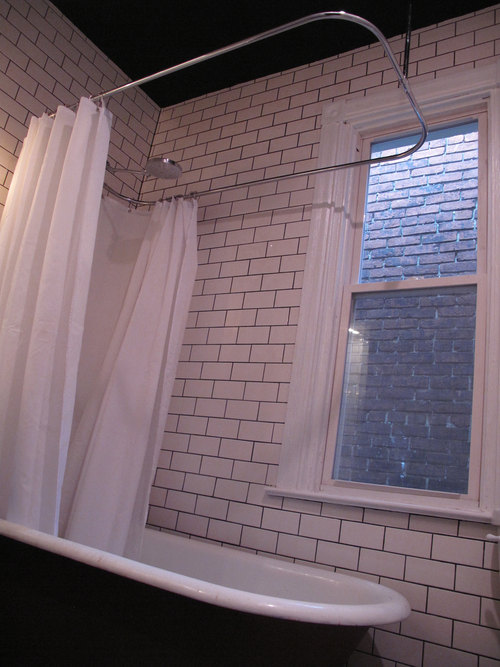 The bathroom is almost complete. I do think we need to inject a bit of color he, besides white/black/gray mix going on so far.

PS – I am friends with color, despite what Sergey might think/say!