Wheeeee – it has started. We handed over a whole lotta monies, keys, took a deep breath and prepared to trust the professionals. The builder agreed to take pictures of Day 1 for us – so here it is in all its glory, i.e. new floor joists and leveled sub-floor:

To start off the day – nice and airy. It appears that our joists were not even in as good of a shape as we imagined, so all had to go (we did save them because the wood would definitely work as island butcher block) 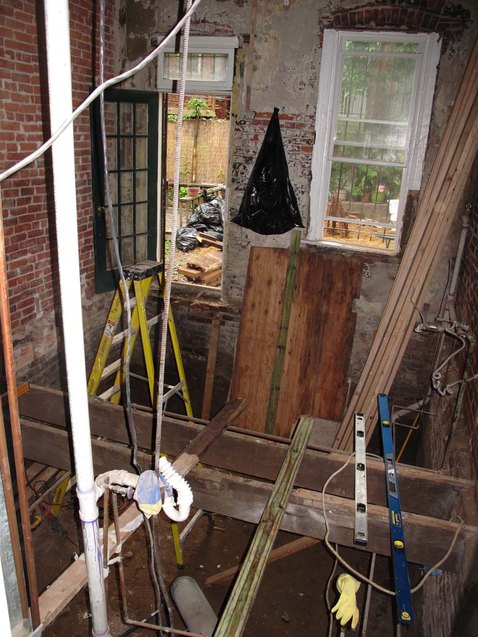 here are all the new joists: 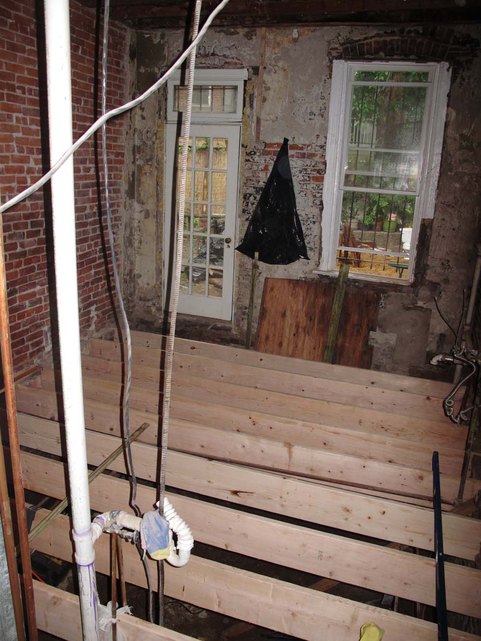 nice and level – apparently this is the hardest part of installing a new floor in an old house. 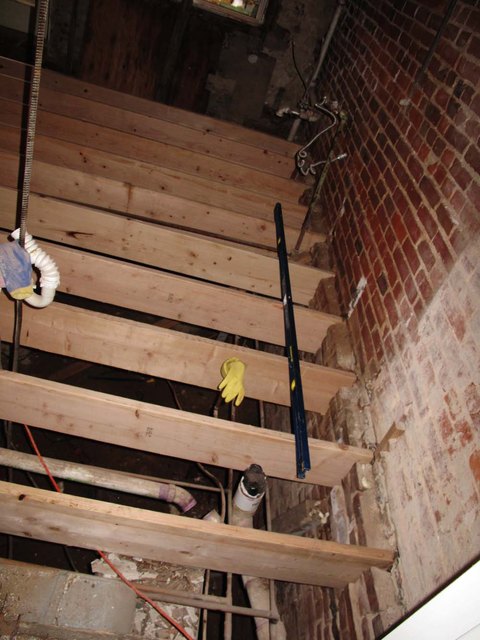 and to round off the day: 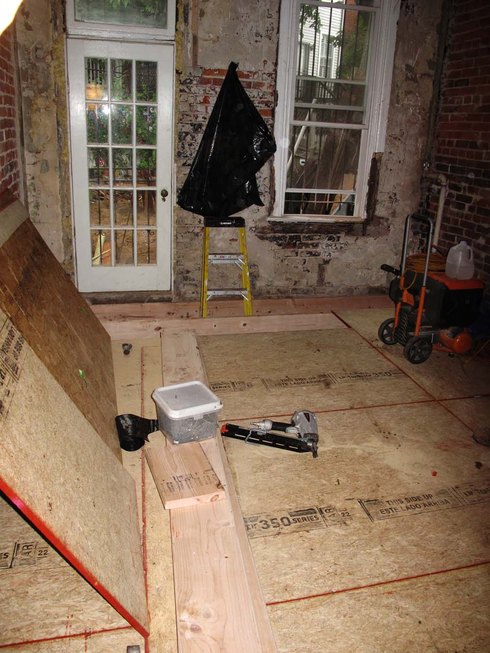 Now all of this appears nice and stuff, but guess what, Sergey was not at all pleased.He tends to ask the tough questions in this process, and so he wanted to know why the new joists were thinner and did not go into the existing slats as deep as the old school joists.

Its actually a rather emotional thing to think that someone you trust with your house isn’t doing the best job. After some consultation with his dad (he is an engineer), Sergey brought it up with our contractor that evening. 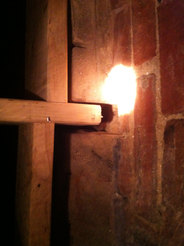 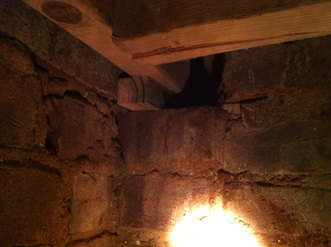 But after all first day was declared a success the next morning, after an explanation that a) joists are thinner because that is a modern standard used today, and that to the wood itself is treated with super protective stuff (or that’s what it sounds like in my head) and that b) the space was left there because the wood should not be flush against old, porous brick which allows for moisture to get in, and that air should be able to circulate freely. Finally it should not be a problem structurally because of all the weight of plywood/tile and subsequently kitchen cabinets that will be placed on top of the joists.