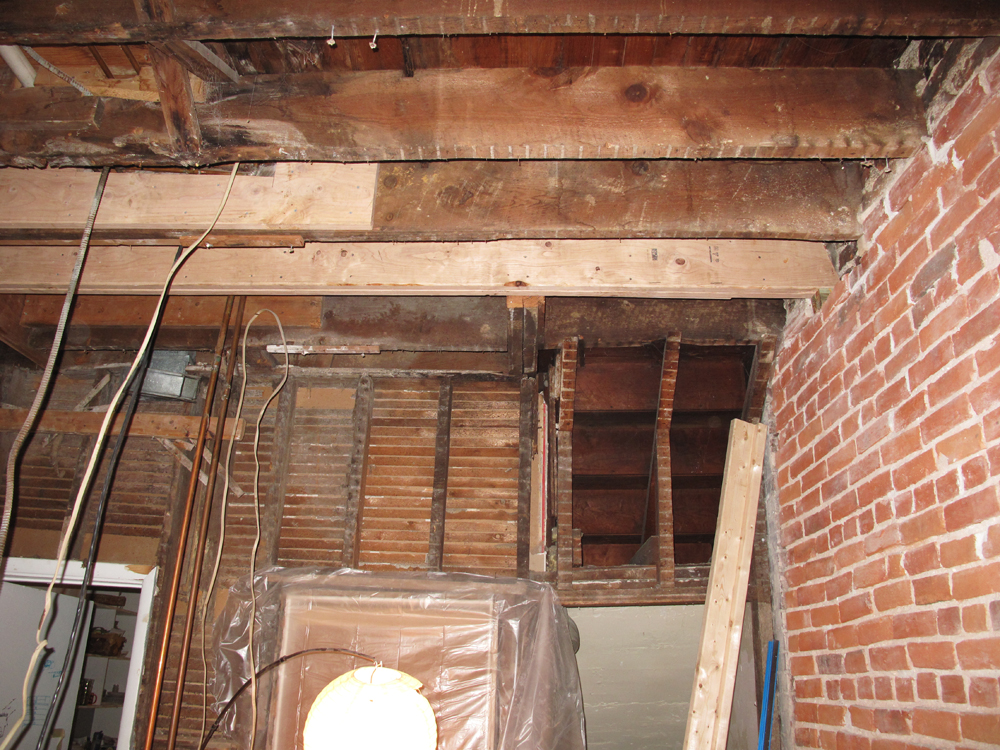 Ok so construction day 2 did not bring us any surprises (unlike day 1) — though can’t say the same for our contractors. According to them, the second floor joists were not nearly the piece of cake like the first floor joists. In part because of the shoddy job that was done in patching them up before, and in part I imagine it’s much more difficult fit the beams into place than dropping the into place. The guys replaced only one beam, but did sister several. 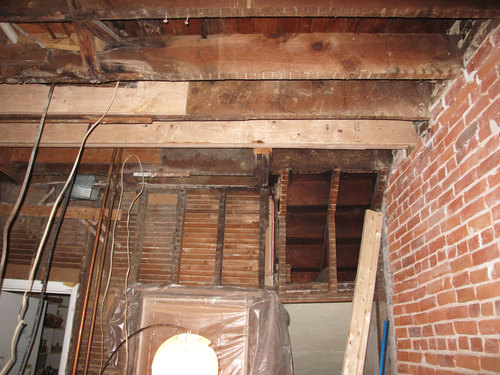 One major no-no that was done previously, were the u-shaped holes in the beams which were cut in order to rout water drain pipes inside the ceiling. Apparently these holes substantially reduce the amount of weight that the beams can bear. Not good.

Here’s an example of the previous work, the original beam was sistered at some point, but then a u-hole for the pipe rendered it insufficient to bear the weight of the second floor: 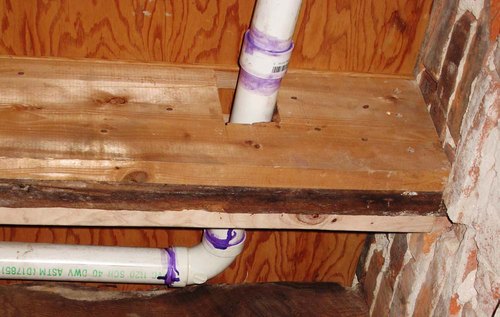 So all of that had to be fixed with round holes (instead of u-shaped ones) which are completely within code and though they do reduce load bearing capability somewhat, are still capable of holding up our second floor for reals.

This picture if from the other side of the same beam, now with a new joist with a round hole: 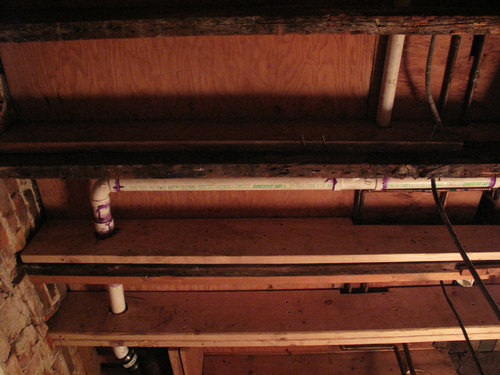 Oh, and because the beams which had to be fixed were all intertwined with pipes, this also required disconnecting and re-connecting plumbing, which I am sure did not help time wise. 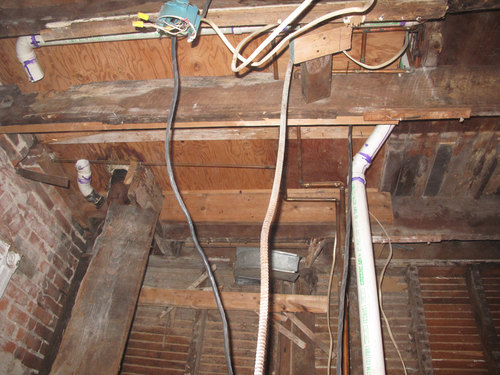 That’s it – onto the electric panel day.