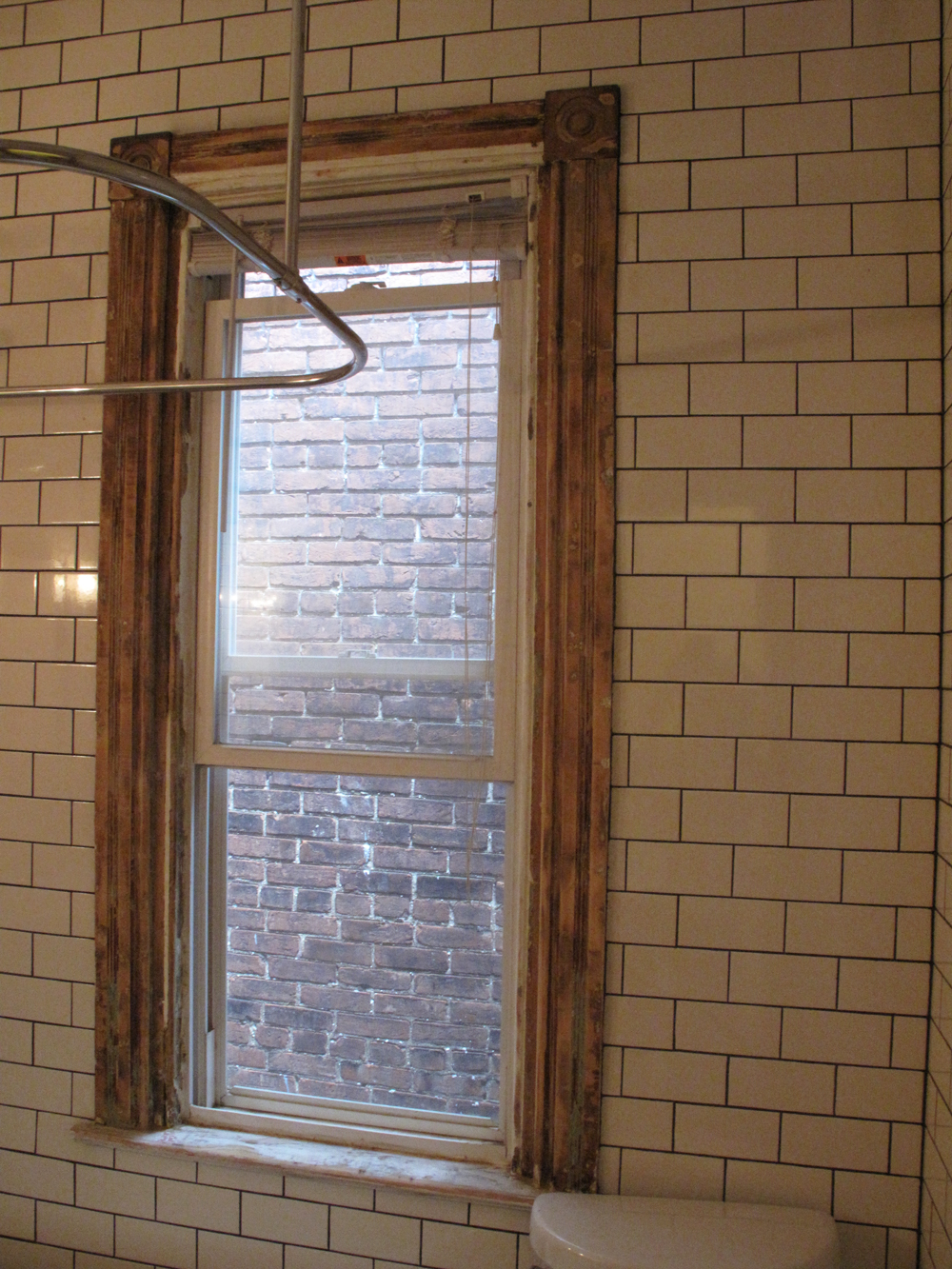 Bottom line on stripping original wood moldings in a 1897 house? New looks old. And by that I mean that after a process of stripping, sanding, priming and painting, the refurbished moldings (aka new) don’t look that much better than the old ones. Probably because I don’t have enough patience, and also because I just can’t seem to commit the hours it would take to do it right. So here’s before and after, and you can skip reading any more (unless you would like to find out about the fashion bit).

*don’t mind the difference in actual color temperature. its the overhead light, which i think ill swap out for something warmer. 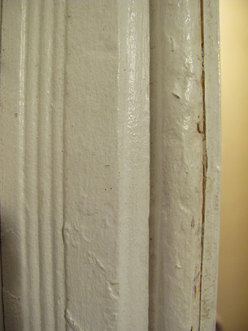 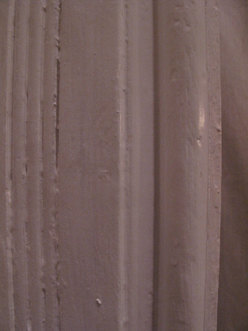 As for how I managed to get these stellar results — first there was some heat gun action coupled with a hyde painter tool, followed by sanding with an electrical sander and papers to get to the crevices, which got me here: 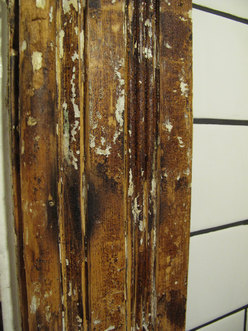 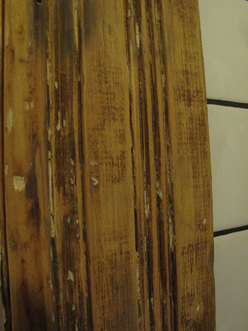 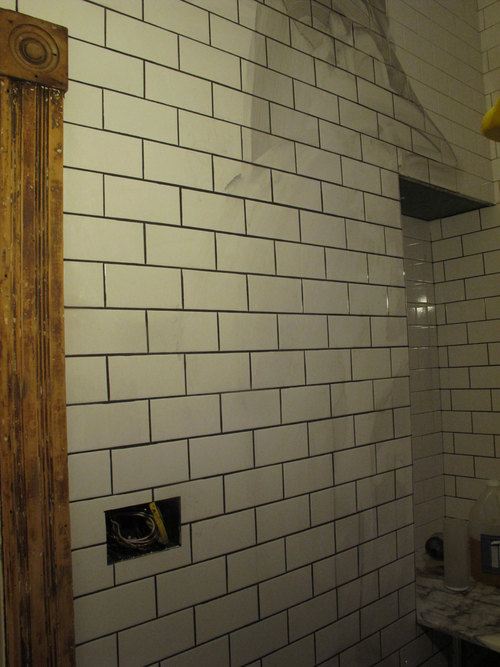 Then I moved onto the window and second portion of the door molding. Here I got a few surprises, such as the fact that the color of my manicure (Essie 2011 collection) matches pretty closely the color of that the molding was at one point (1950s?). Fashion is cyclical! 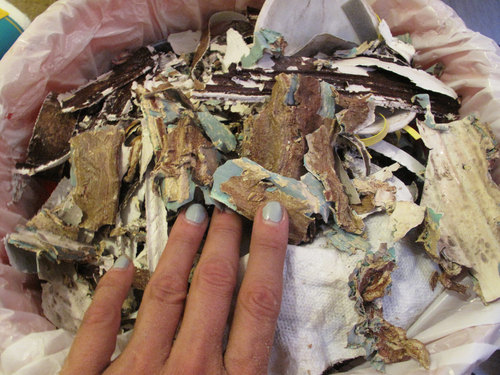 Ah so here we are after many hours of (what I now consider pointless) labor. See those greensih bits in the crevices of the window molding? never managed to get that paint out and just gave up. 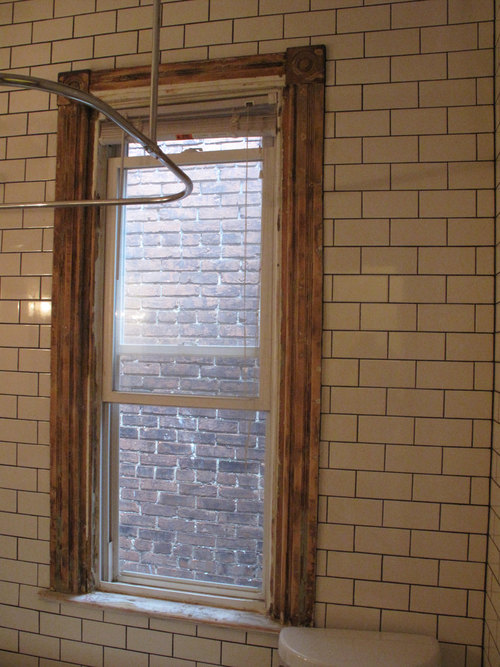 And yes, I was watching Olympics while doing this – the only saving grace in this process. 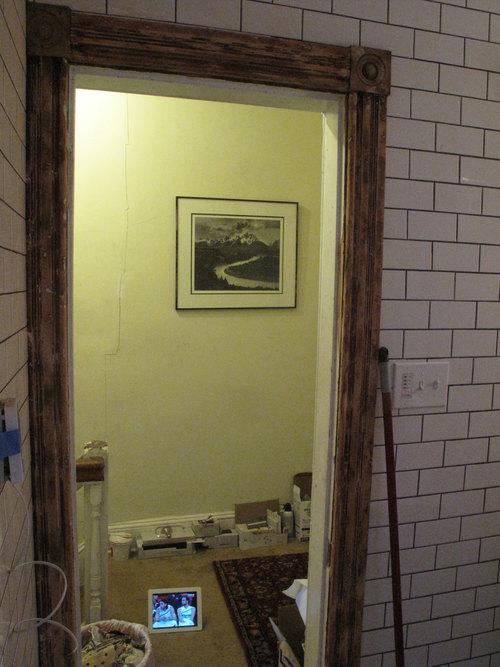 Then it was onto primer – Killz oil based, which is fast drying (1 hour!), provides good coverage and stain blockage, but is such a pain to use due to the clean up (so I use cheap foam brushes which I dispose of without cleaning). Layer 1 & 2: 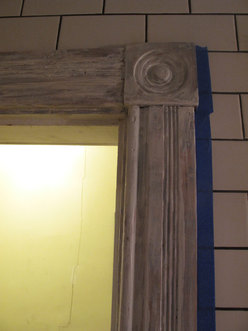 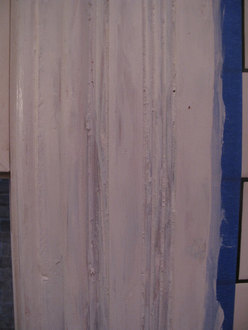 Between the two layers, I sanded in a vain attempt to get a better finish, and used caulk on any crevices: 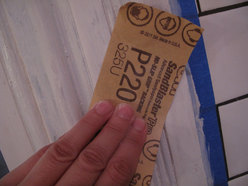 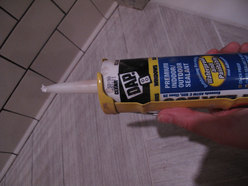 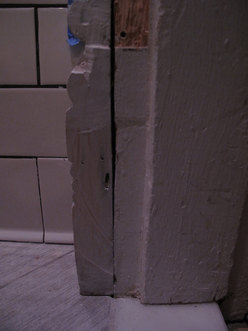 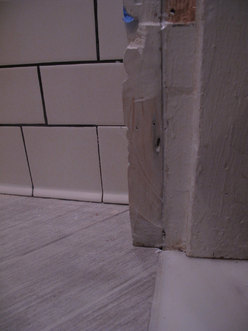 and then paint. which was by far the best part of this whole ordeal. BM Advance Enamel – water based, but supposed to be as hard wearing as oil based. we will see how that works out, but it really does look like oil paint. Here’s the window: 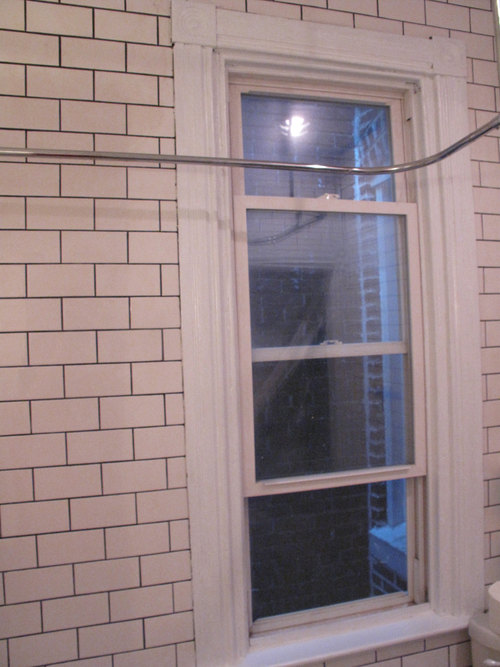 And I should mention a big thank you to Kathy, who came all the way from London to help me paint. Heh, well not really she is just visiting Kirill, but if you end up here, you have do a task! I don’t have any shots from painting, but here she is working some brasso magic on out kitchen faucet: 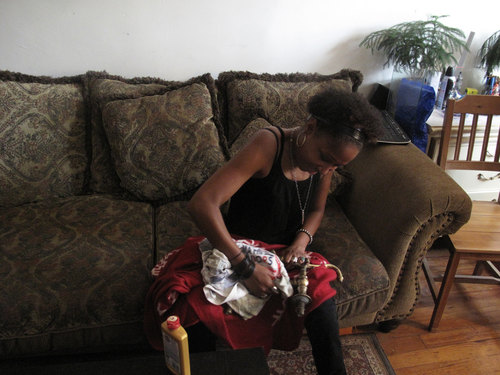