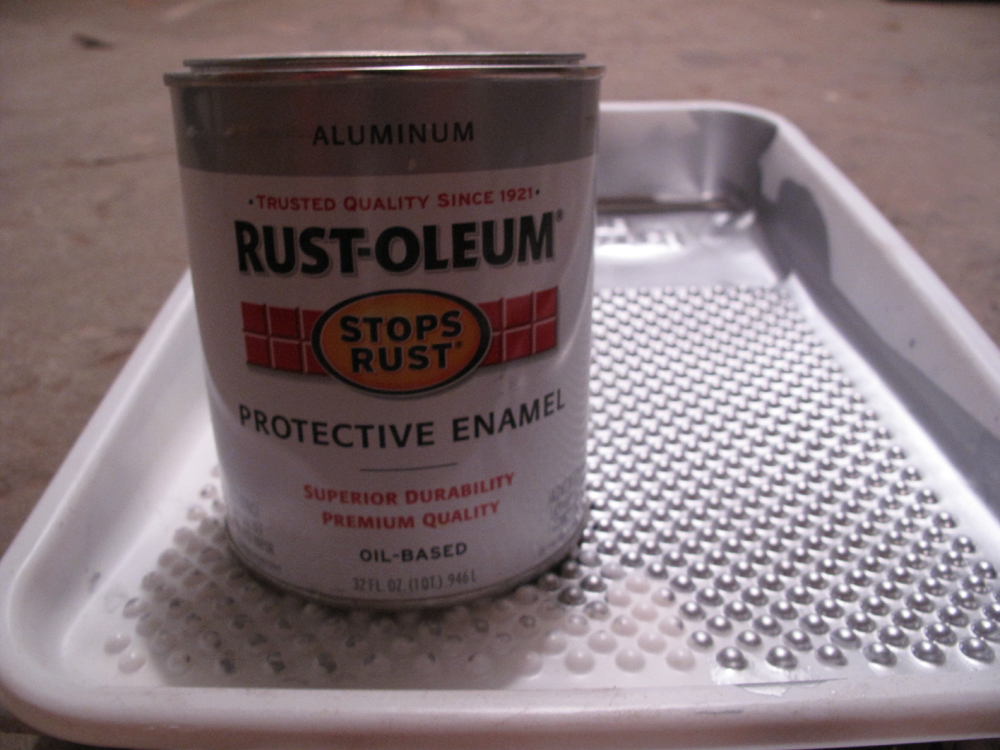 As we play the waiting game – currently on order: front door, front door paint, hallway lights, paint for kitchen and bathroom – I decided that there was no better time to address an issue that I had planned to leave for later. Bedroom doors. Those three (not counting the closets) doors are the last hollow core, very ugly doors we have left to replace. 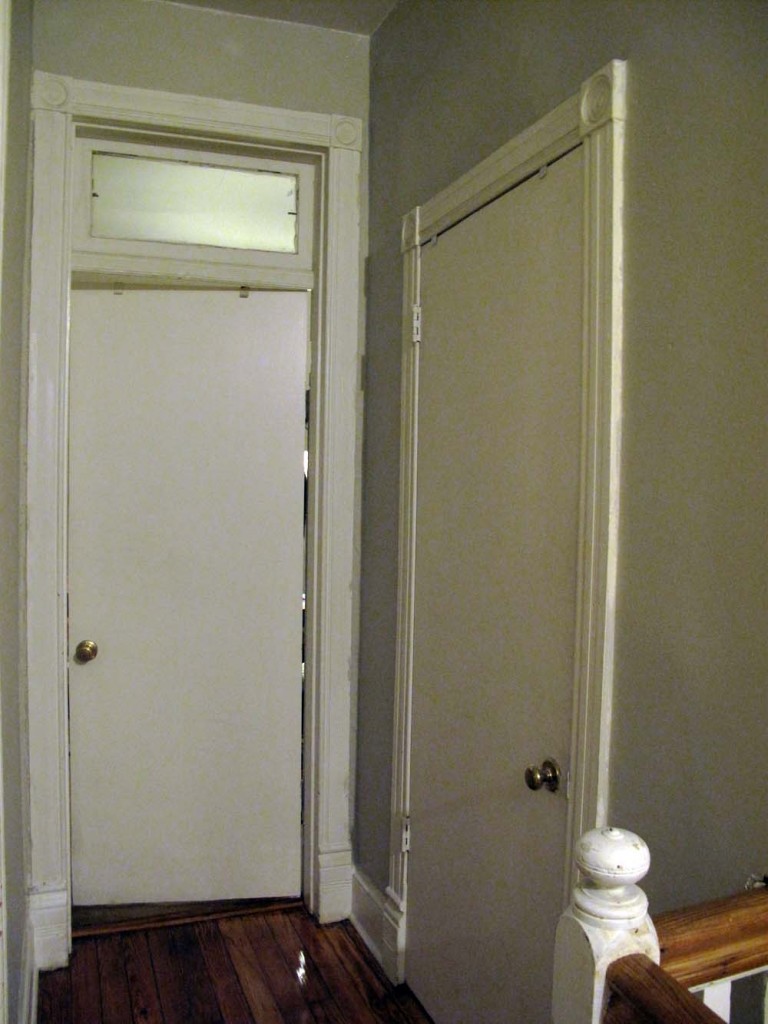 We purchased salvaged, solid wood replacements oh about three years ago. The scope of work for our contractors includes fitting and hanging these, so I decided I might as well clean them up before, rather than after, that happens. My weekend consisted of stripping old paint and stain of these. I used to rely on Peel Away, but have recently switched to Klean-Strip Stripper. Very toxic, very fast, and no left over residue. Apply, wait 15 minutes, scrape off with minimal effort. Clean up with a sponge odorless mineral spirits. 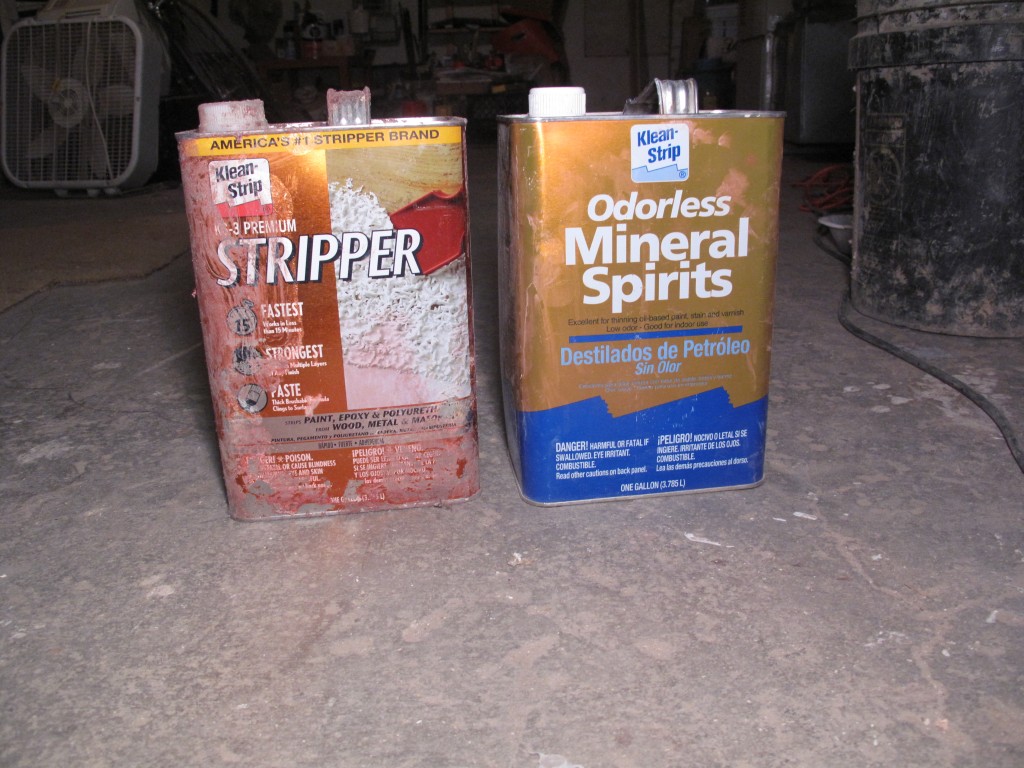 I also sanded the doors after that with an 80-grit and a 120-grit disk, to get the last of the paint spots and make sure there were no chemicals left on the surface. Then a really horrible thing happened – after painting the door with an oil-based primer, I was left with this! Another coat – same result. 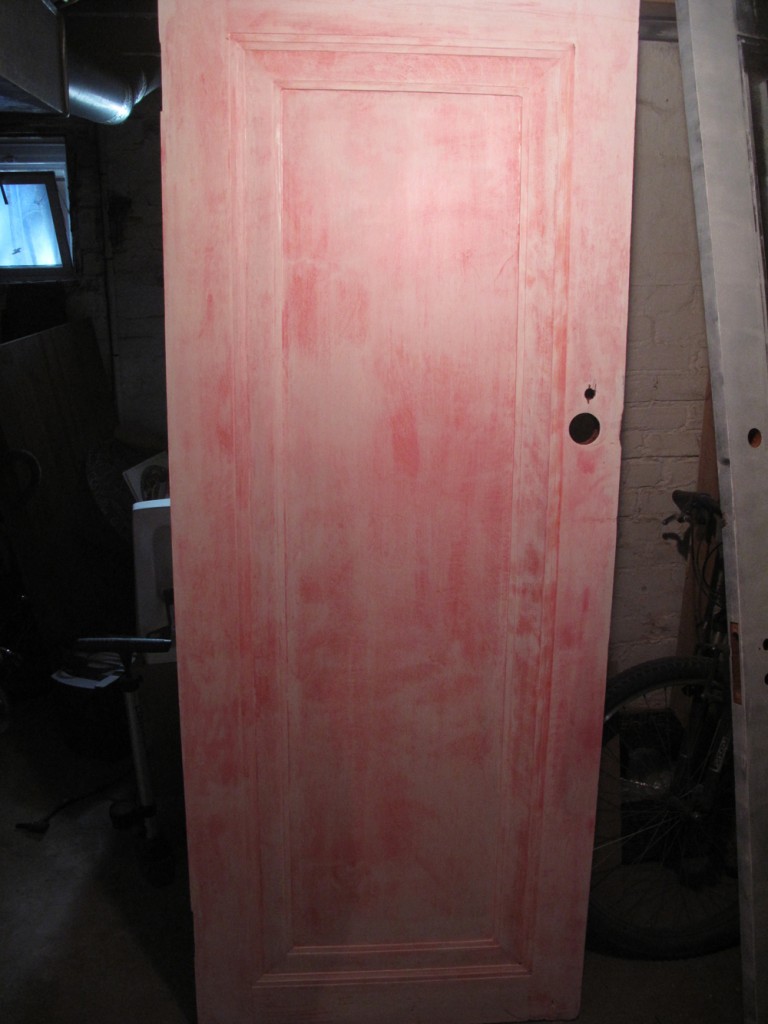 To say I was discouraged would be an understatement. I have no idea what is was – the wood? the original stain? that was bleeding through, but it happened on two out of three doors. As I always do when in despair, I turn to Sergey, who – when in despair – turns to the internets. And the internets suggested using an aluminum-based, silver paint. As it turns out Home Depot stocks actual aluminum paint, which I figured would do the trick (if it were to work at all).

I was pretty skeptical, but the amazing part was that it worked! so well! And by the way, this stuff is super watery, apparently very toxic as well, but takes all of five minutes to apply. At least the fix is relatively easy! 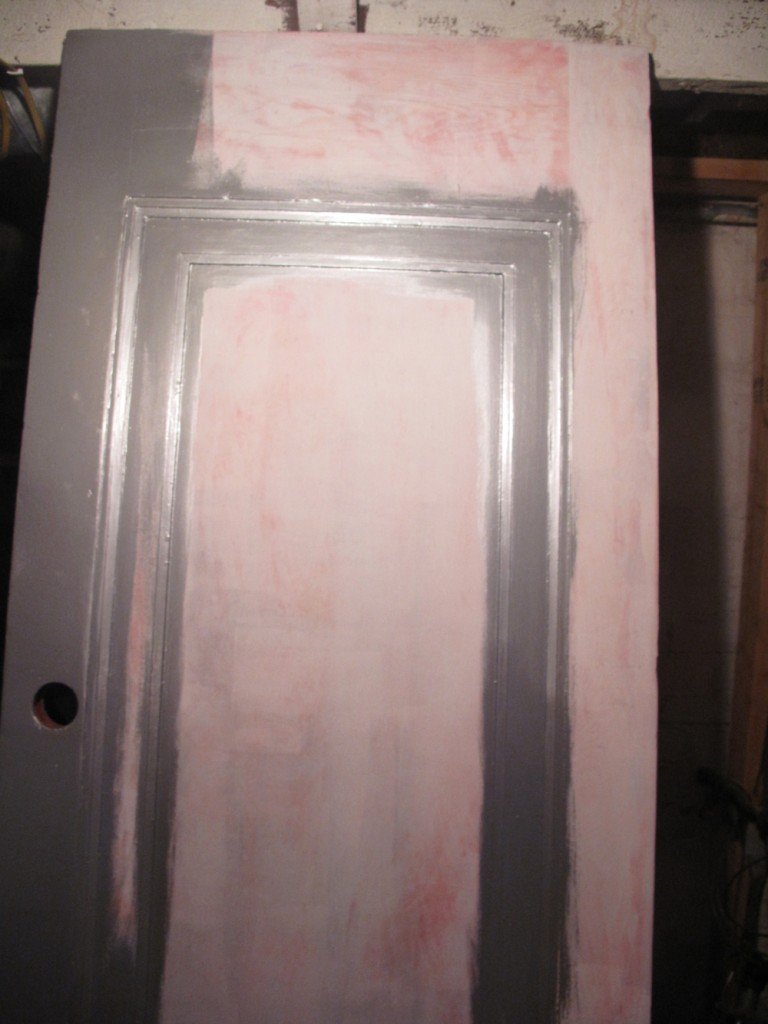 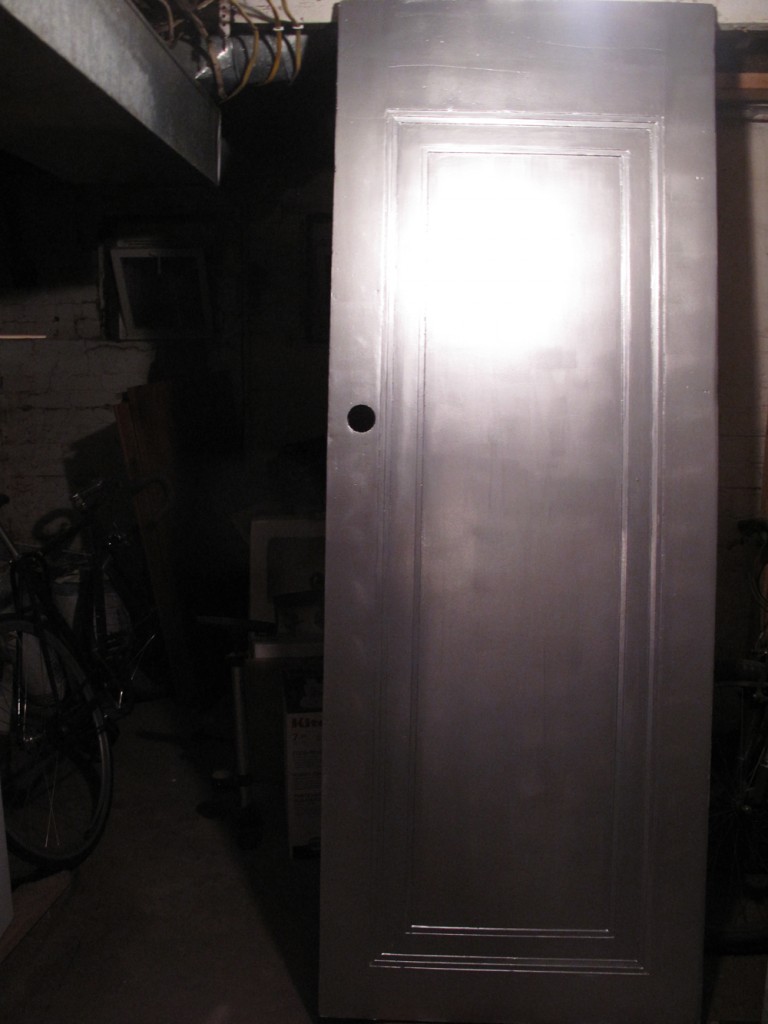 The internets also suggested priming after the silver paint dries. But I wasn’t really feeling it on Monday night, having spent the entire weekend attempting to get these done. So I just went ahead and painted with the Benjamin Moore alkyd door and trim paint in Cloud White (as with the rest of the house). This is definitely not a one coat of paint kind of job, and maybe i should have primed, but I am already miles more optimistic than I was on Sunday. Hooray for new doors (and yes, we still have to address the extra wide holes). 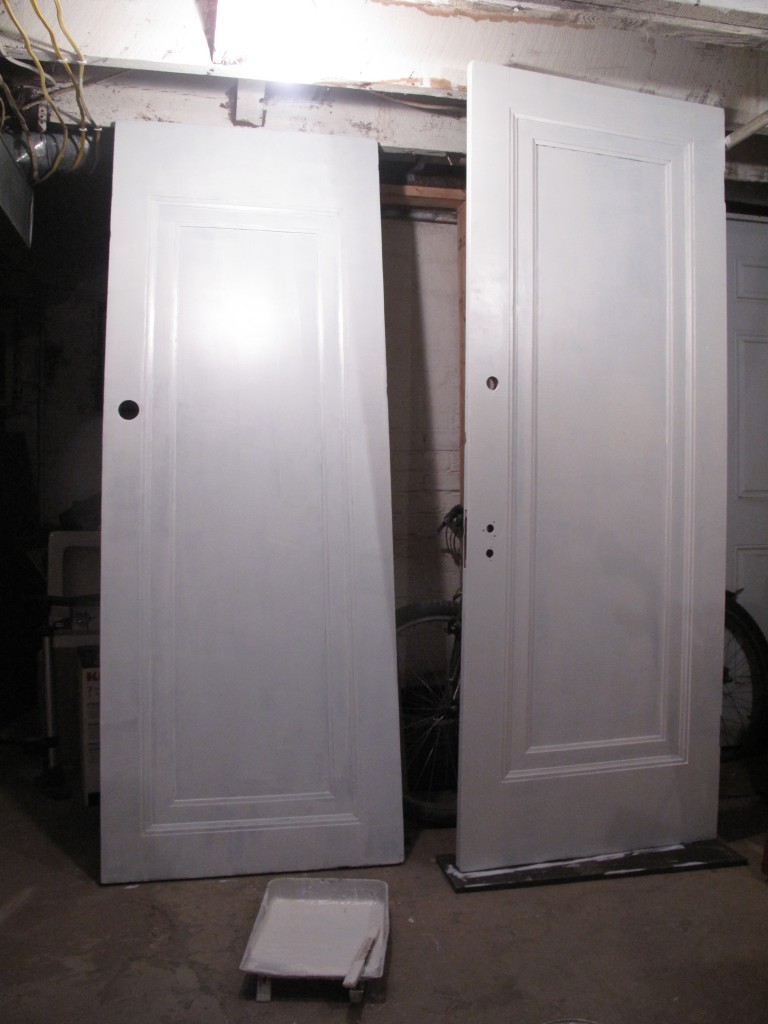 One of these doors was primed (with no bleed through) the other painted aluminum. Both are now painted with proper paint (first coat). You can see the difference when looking closely but its really not bad at all! Here’s a close up of the one with aluminum + paint: 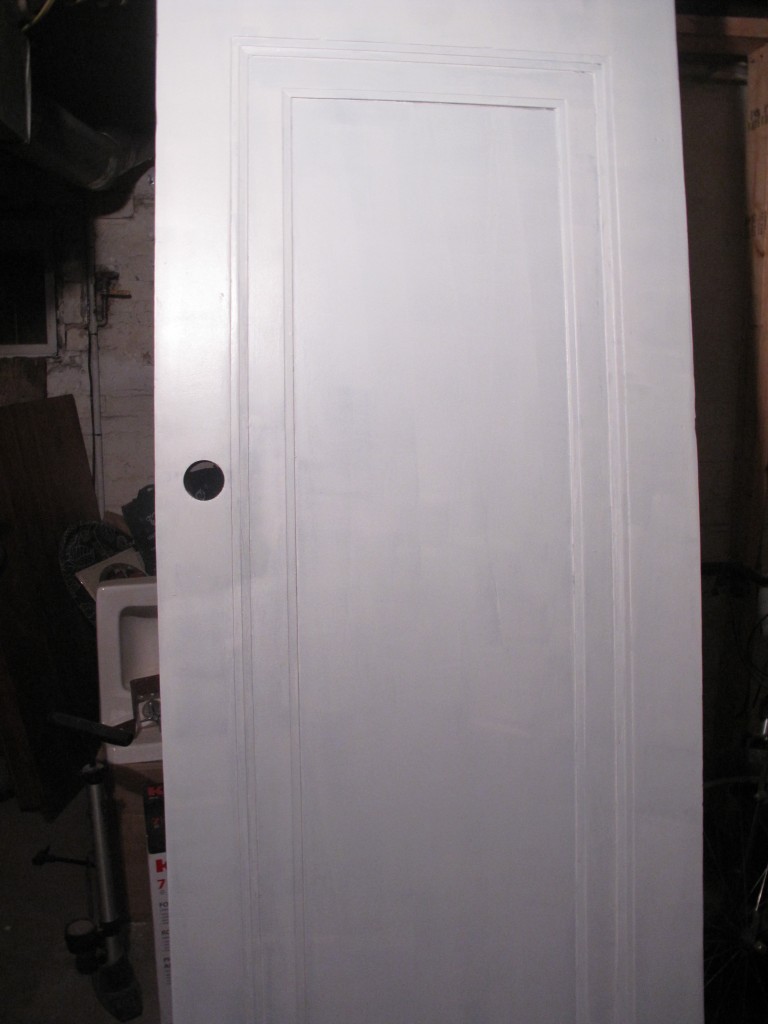