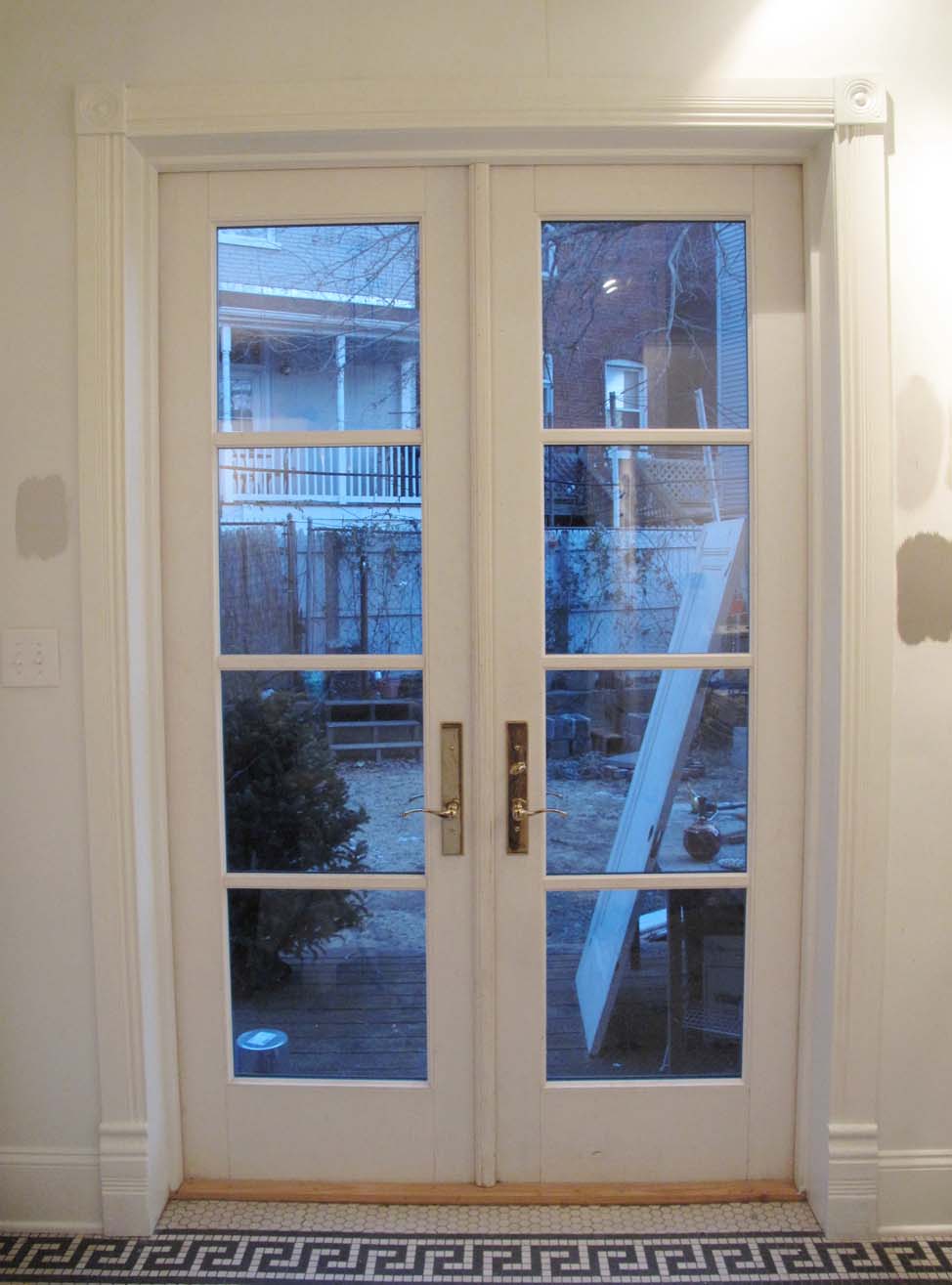 Wheeee. Sergey and I locked in our refinance rate. The clock is set and we’re ready to get this show over with. We have about six weeks until it’s all done, and in the meantime we have to get all of our documents together, paint away, and get whatever else done in the house that we can to best show it off. We will probably finish right around the same time three years ago when we signed up for this adventure.

We have been diligently plugging away at out to do list. As have our contractors and our ceilings are starting to looks smoother by the day (I guess it takes up several days/layers to cover up the major swirly action we had going on here). You can still see the swirlys but it is looking much, much better… 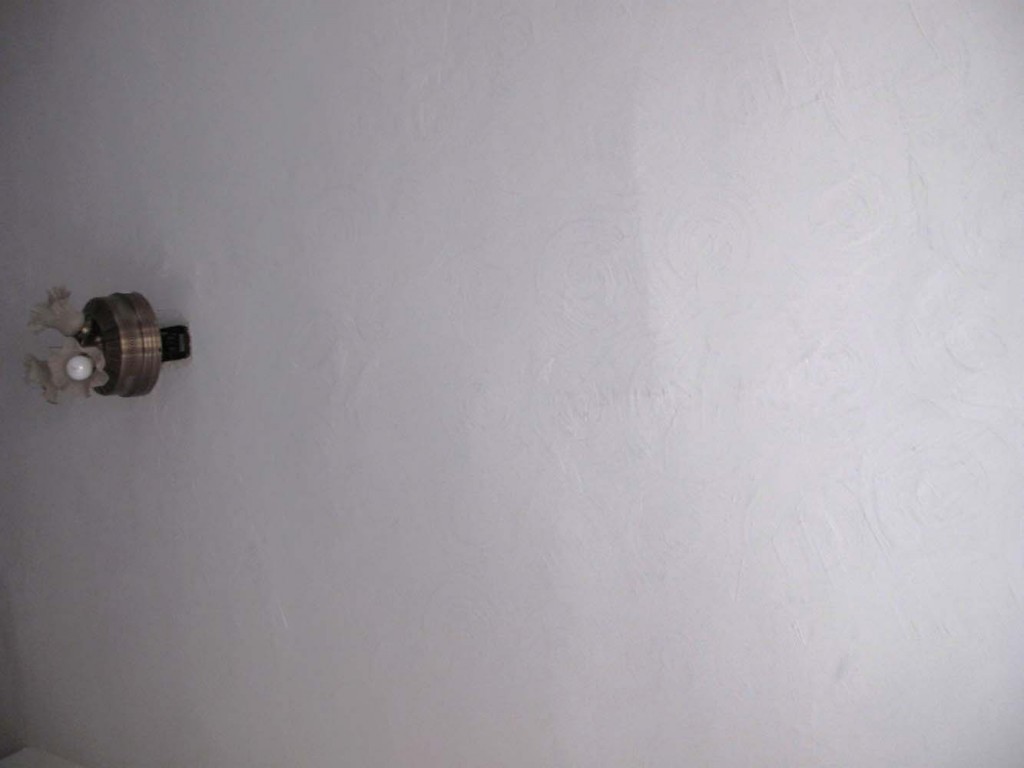 …and our de-fanned ceiling fixture is also due to pay its good bye this week.

This weekend, I finally painted the kitchen moldings (!!!) A tedious task, made even more so by constant practice of it. But finally! No more cheetah look, from the putty that covered up the nail holes. It never gets old or less amazing what a coat of white paint does for the interior of the house. 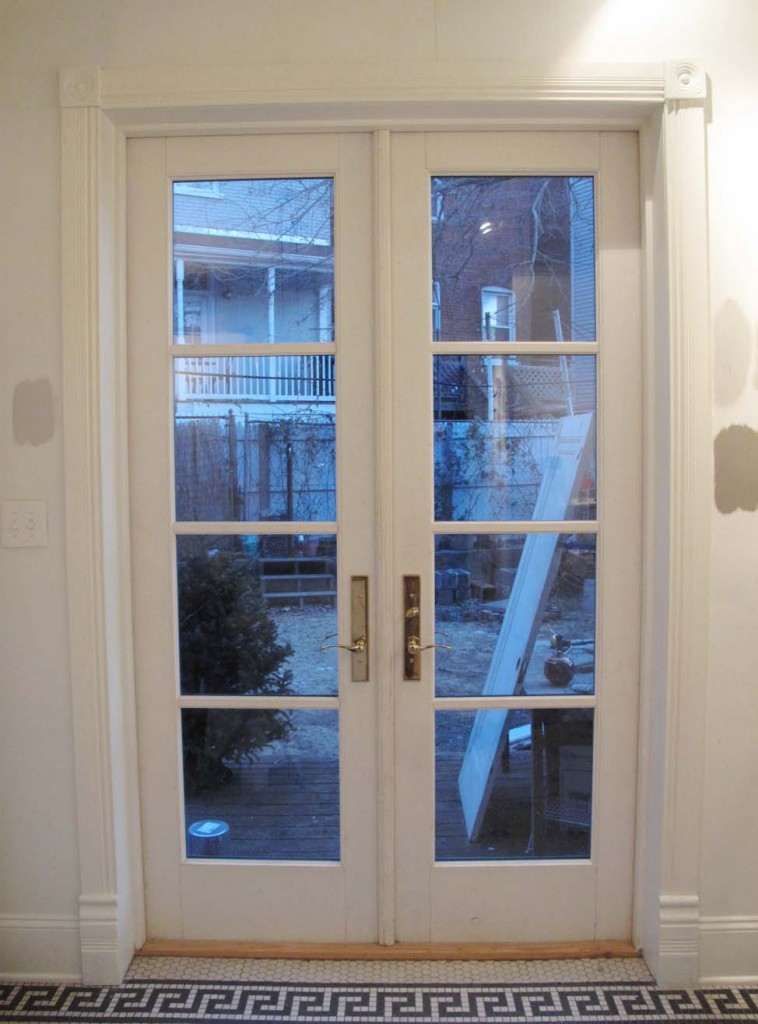 *the door is not painted, as I have something a little more special in mind for it.

And speaking of paint, some major decisions happened last week. After months of staring at the paint swatches in the kitchen and the living room, the paint has been ordered. We had made the decision on which one exactly awhile ago, but actually placing the order felt momentous (and expensive). 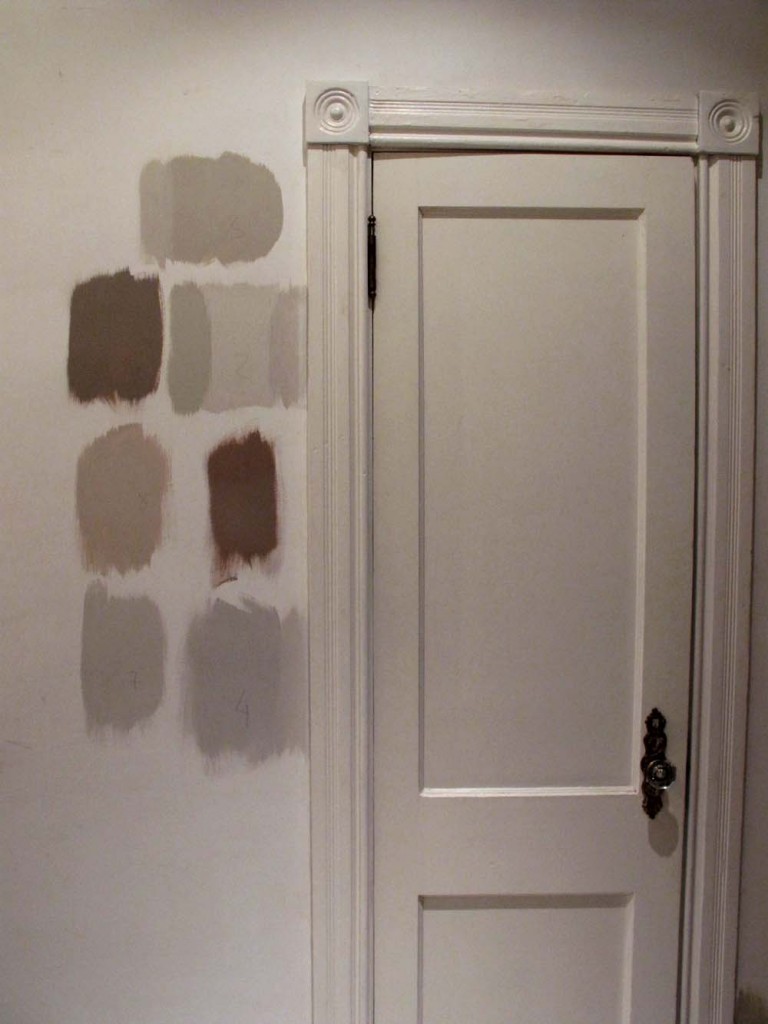 Most of these did not look right, right away. We were really between the balboa’s mist and corforth white. oh and just keeping the walls white. But the primer is already starting to get beat up, so white is probably a poor choice for us.

So Farrow and Ball – Cornforth White it is! 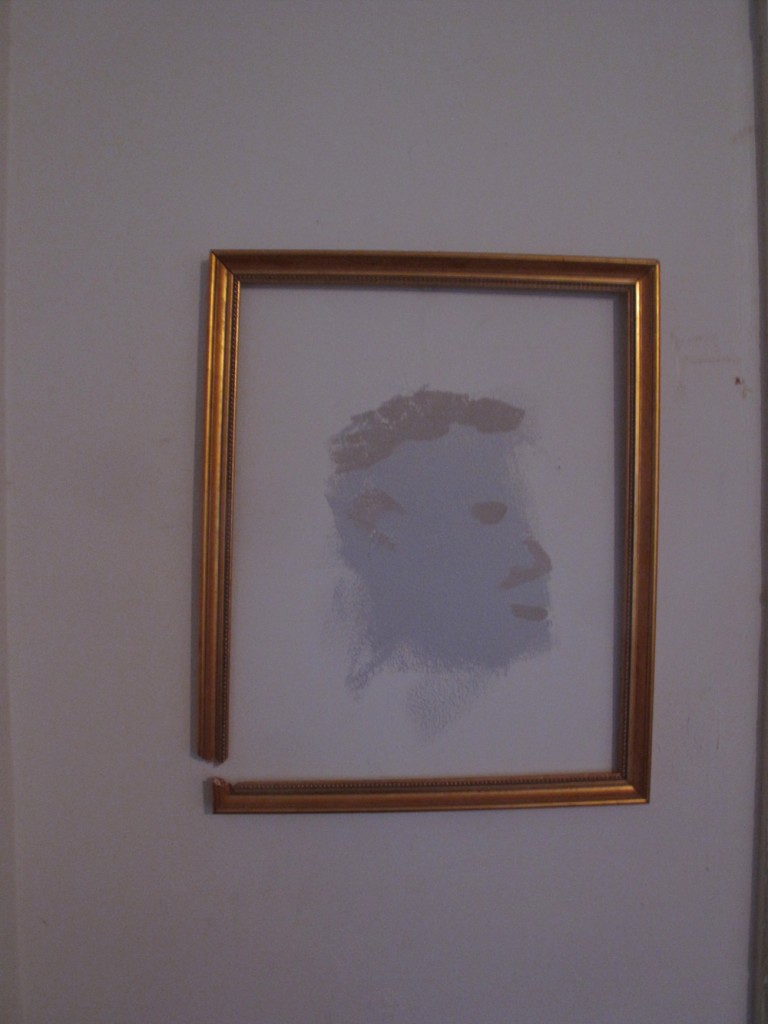 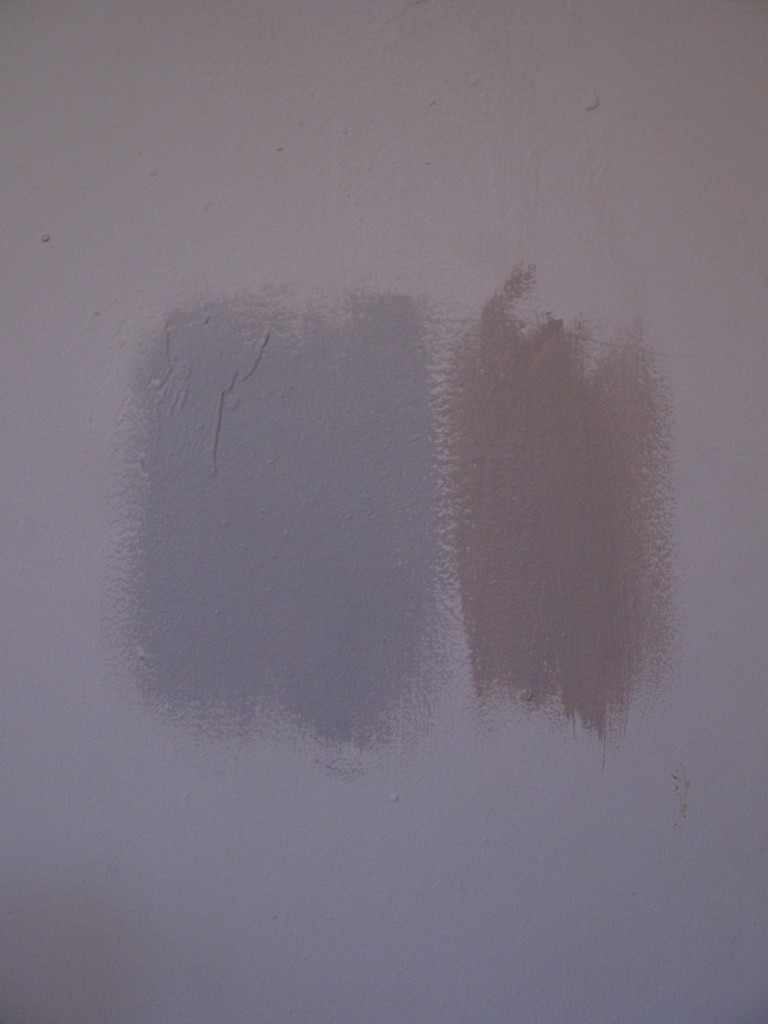 And in the living room, I only tested two. Pratt and Lambert french armory and Farrow and Ball elephants breath. The former was way too purply. In fact I had tested it pretty much on every wall we were planning to paint,and it only worked in the middle bedroom. Meanwhile, elephant’s breath worked right away. This room gets really sunny and this color will be able to show it off nicely, I think.

Oh and on the subject of french armory gray. My little sister, white visiting for christmas break, managed to paint the entire second bedroom upstairs this color. And it looks awesome! so thank you :) 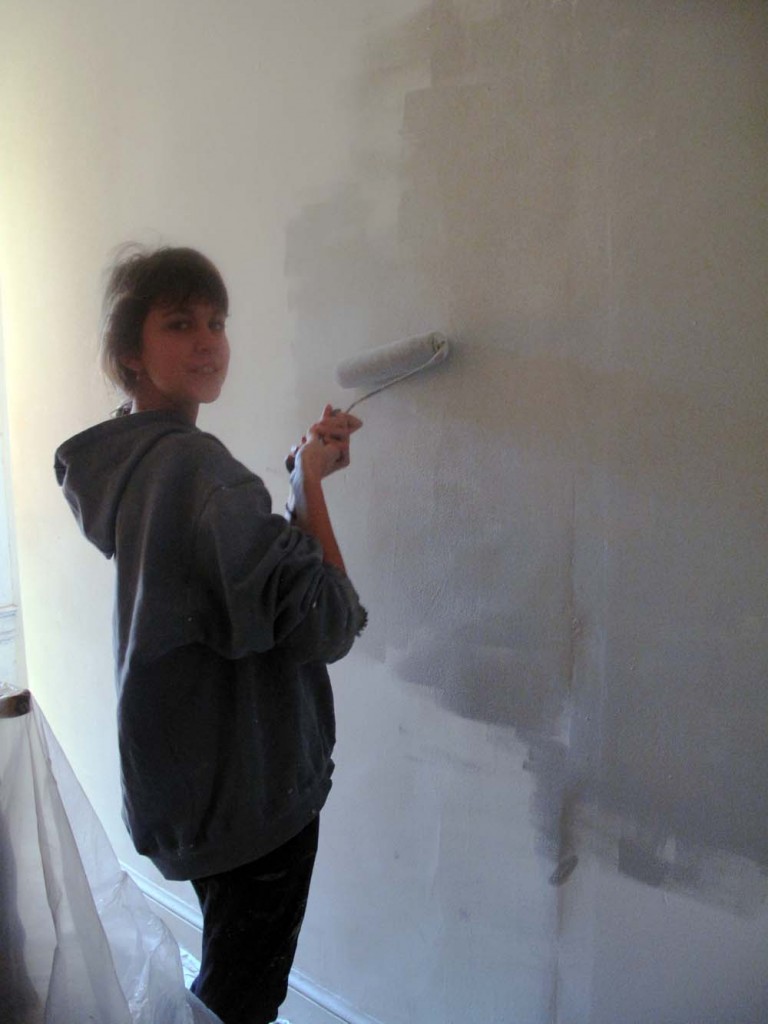