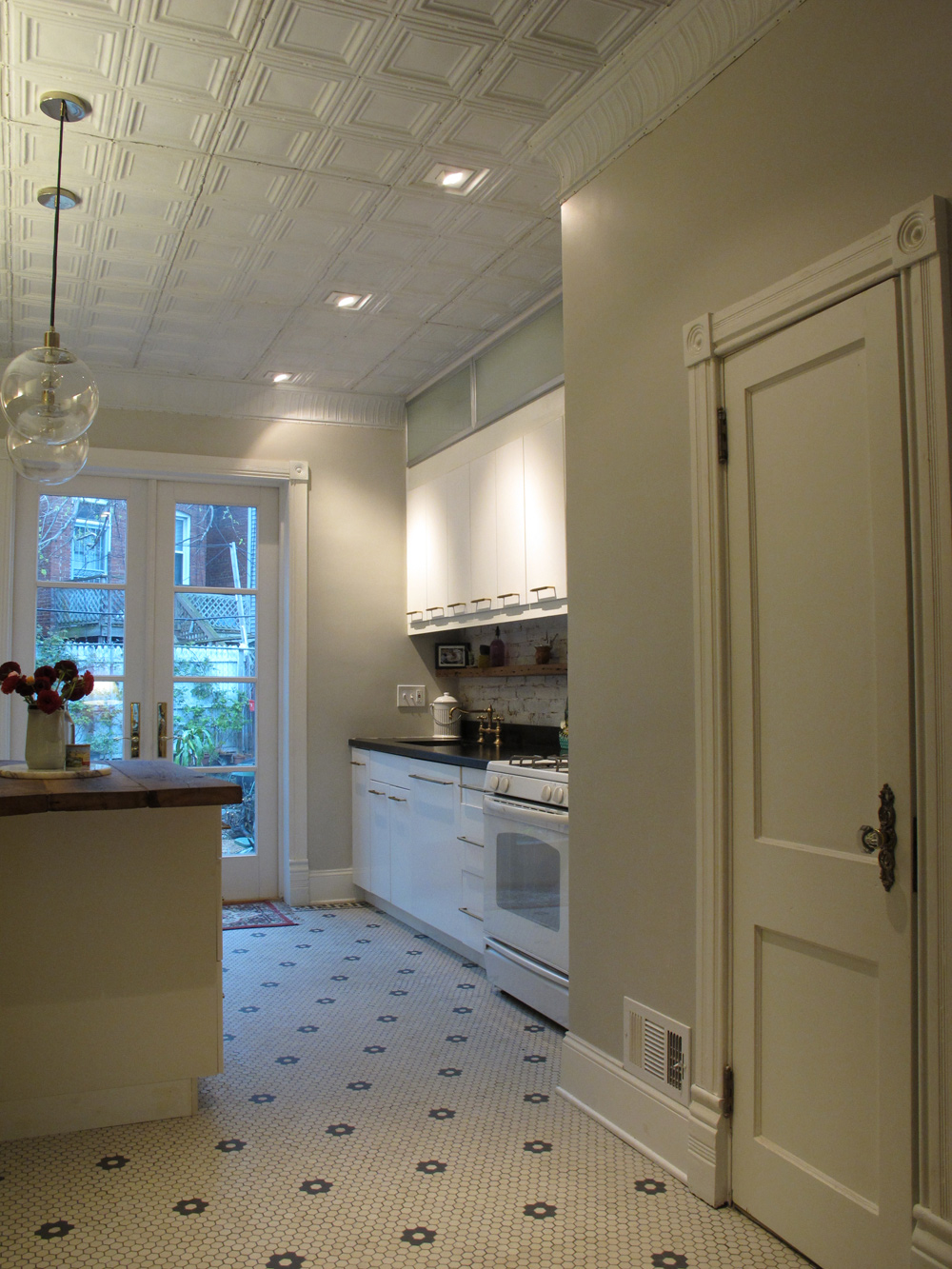 I love Farrow and Ball. And, there is no other paint quite like it. I questioned it before, but now I know that it does stand apart from other brands, in a class of its own. It’s not just the color – although that’s pretty damn good too, but the quality – the looks and feels of it on a wall. And I am not the only one who noticed the difference – Sergey did too, which means it really does exist! The photos don’t do justice to how awesomely lustrous our kitchen walls look, this is more of an in-person difference. 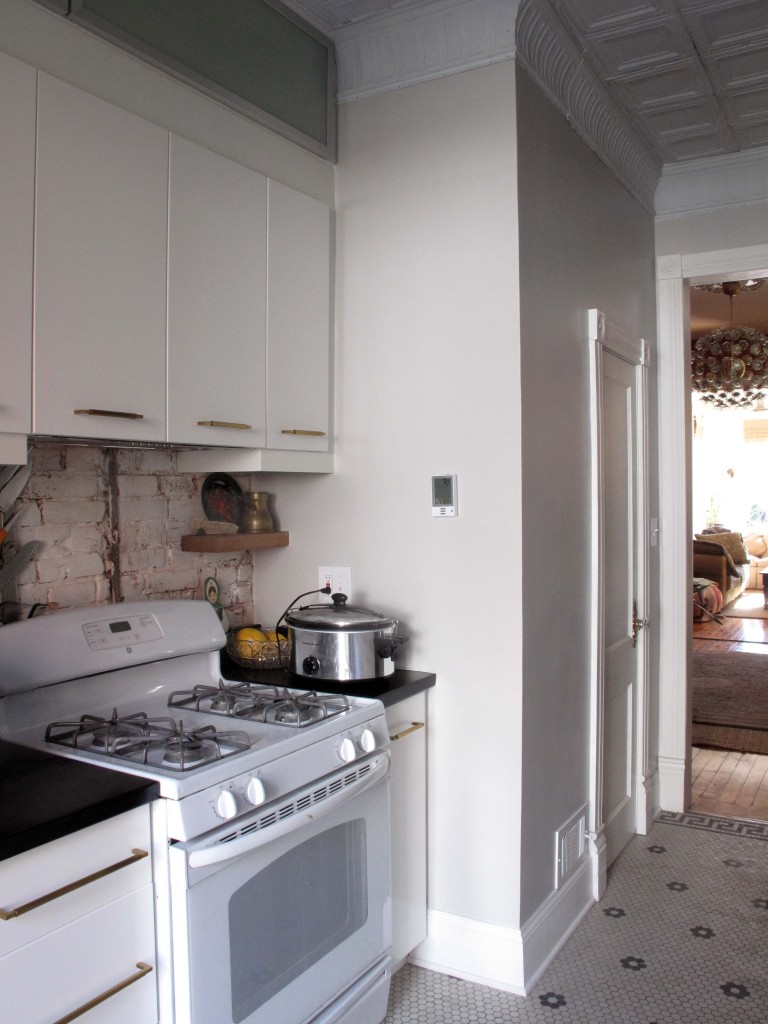 Oh an aside – that light fixture in the dining room looks pretty swell in the background, eh?

We didn’t have that much wall space to cover in this room, but with four door / hallway openings (french doors, dining room pass through, bathroom and basement doors) and a tin ceiling there were a lot of edges / moldings around which to paint. This could have been a drag, if it weren’t for the paint edger tool. Seriously this thing is amazing – it gives a crisp line that goes right up to the edge, but doesn’t bleed over or smudge. Makes painting go so much faster than trying to either tape the walls or use the brush to cut in at the edges. 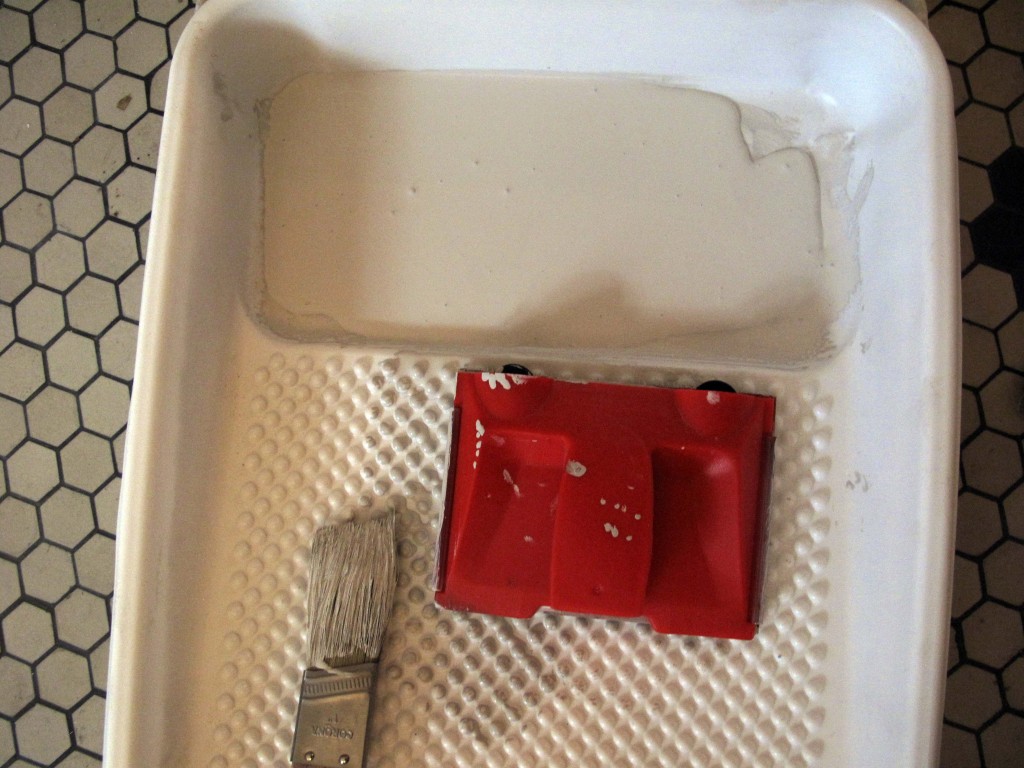 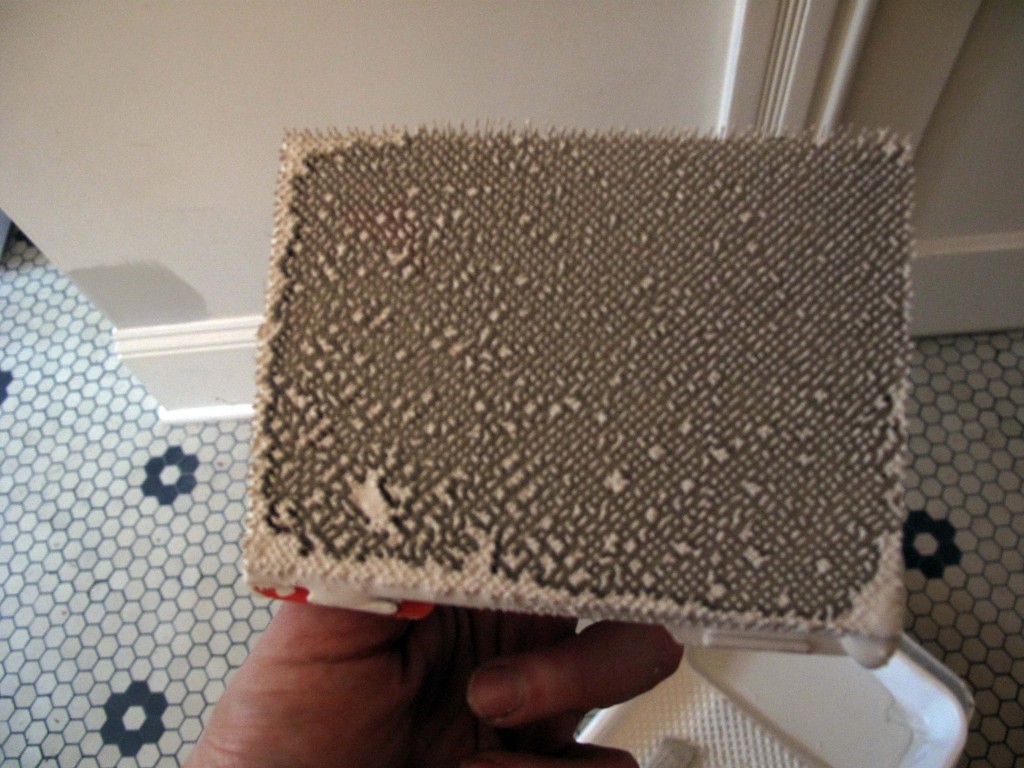 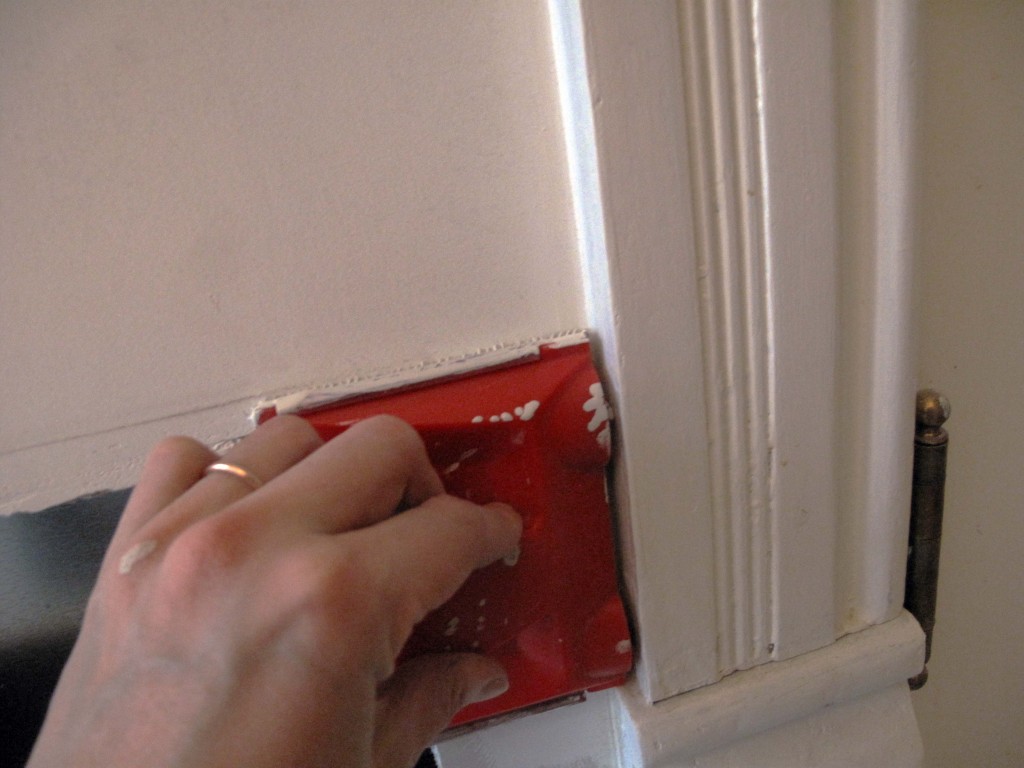 To paint the walls, we used a small 4″ foam roller, because it gives an amazing finish and we didn’t have that much space to cover (we used less than a quart of paint in two coats!) 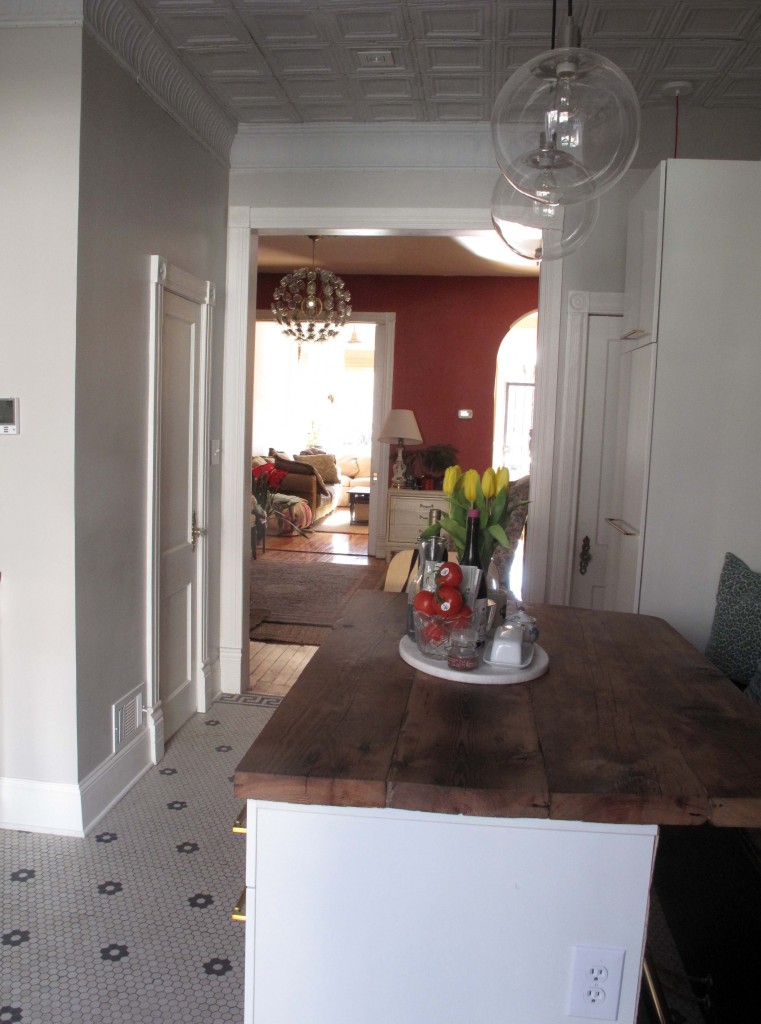 Seriously, the paint looks so good, its almost like wallpaper. It might be in part due to the modern emulsion finish, which is formulated for high traffic areas and kitchens/bathrooms and which has more sheen to it. We will be painting our living room Farrow and Ball’s Elephant’s Breath in regular emulsion, which is supposed to be quite chalky, so remains to be determined how that will compare.