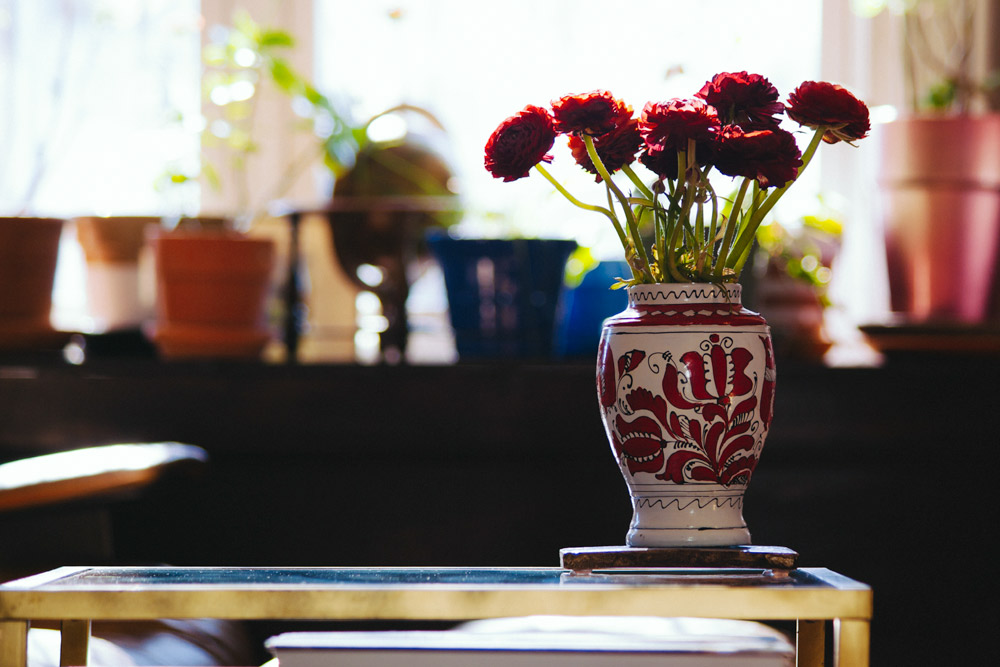 So it happened. Months – almost a year! – of hard core renovation, plus some major upgrades in previous two years – A/C and repointing – and we were ready to get re-assessed. This is going to be the nitty gritty of what to expect, and is probably extremely boring for anyone not planning on this process. But the pictures are still nice )

In the run-up to the appraisal:

Our appraisal was on Wednesday, so we won’t know the results at least until late next week.

Here’s what we did to get ready:

1) I made a list of all the improvements that we did since we purchased the house in March 2010. Then I stared at it in awe. Then I thought about all the nice things that we could have done instead (travel!) and kind of felt distressed. Then I moved on and thought about crossing the finish line.

2) I printed out several comps of houses that sold in our neighborhood in recent months, in a desirable price range. *I had some (not a lot, but still) difficulty finding renovated houses with only 1.5 baths. Makes sense since most renos of houses our size will have at least 2 bathrooms, and a lot of them would be 3+.

3) And we basically worked like crazy to get everything done on time. Our contractors were still up on their ladders caulking the frame on the front door an hour before the appraiser arrived! Seriously, it was that close. Meanwhile, Sergey and I cleaned the house top to bottom, de-cluttered, and prettified with flowers. 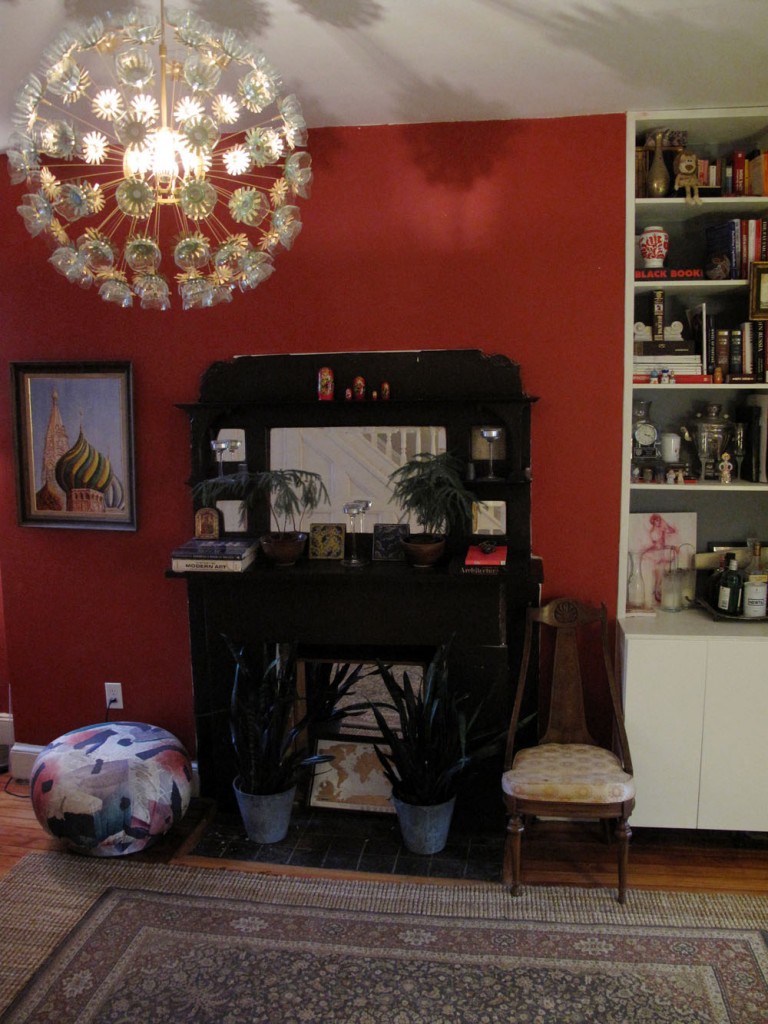 4) About half an hour before the appraiser arrived I turned up the forced-air heat and the heated floors.  And, all of the lights in the house got switched on, even though it was still light out. 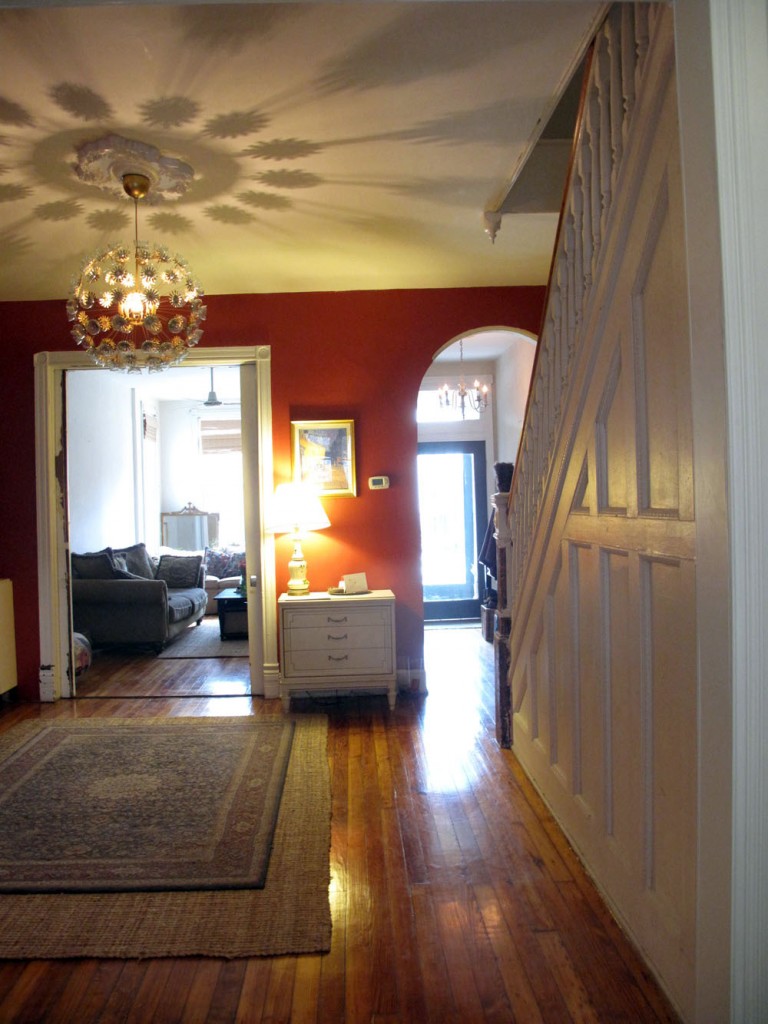 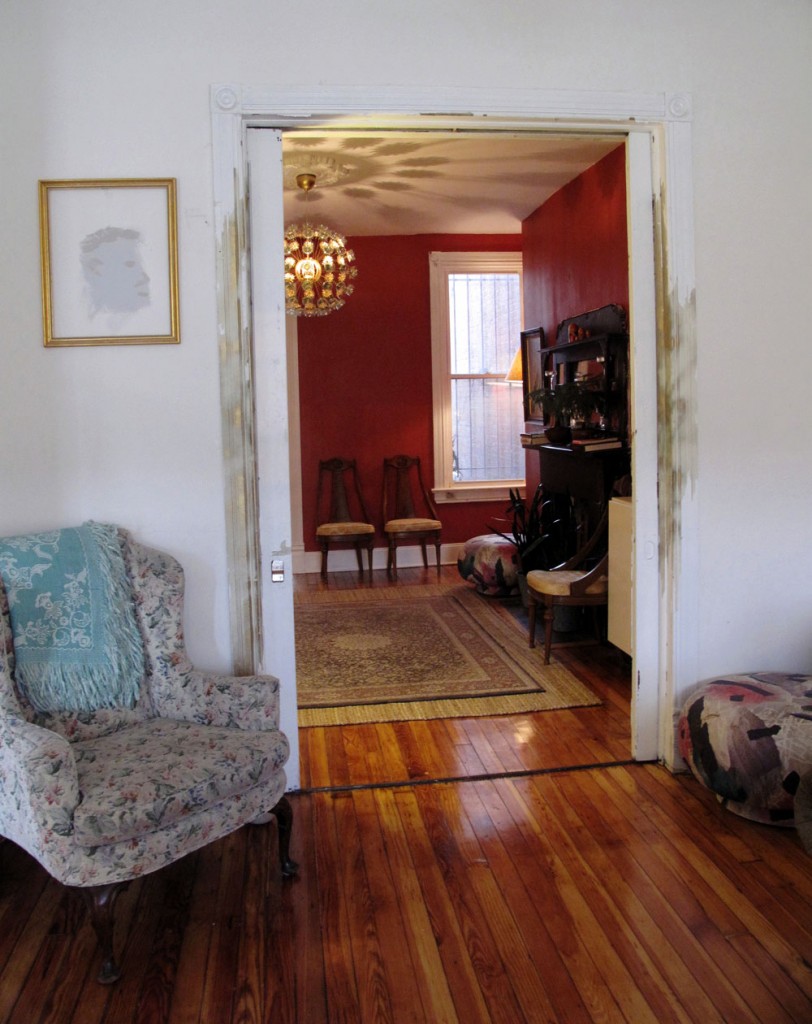 The appraiser arrived as scheduled and was extremely nice. He went straight for the backyard, and took pictures of everything with his point and shoot. He also did his own measurements for the square footage of the home. The only part that disappointed me – he spent more time looking at our basement than the three bedrooms upstairs! All the effort cleaning, and all we got was a glance through. Despite Otto’s best efforts of a very cute nap. 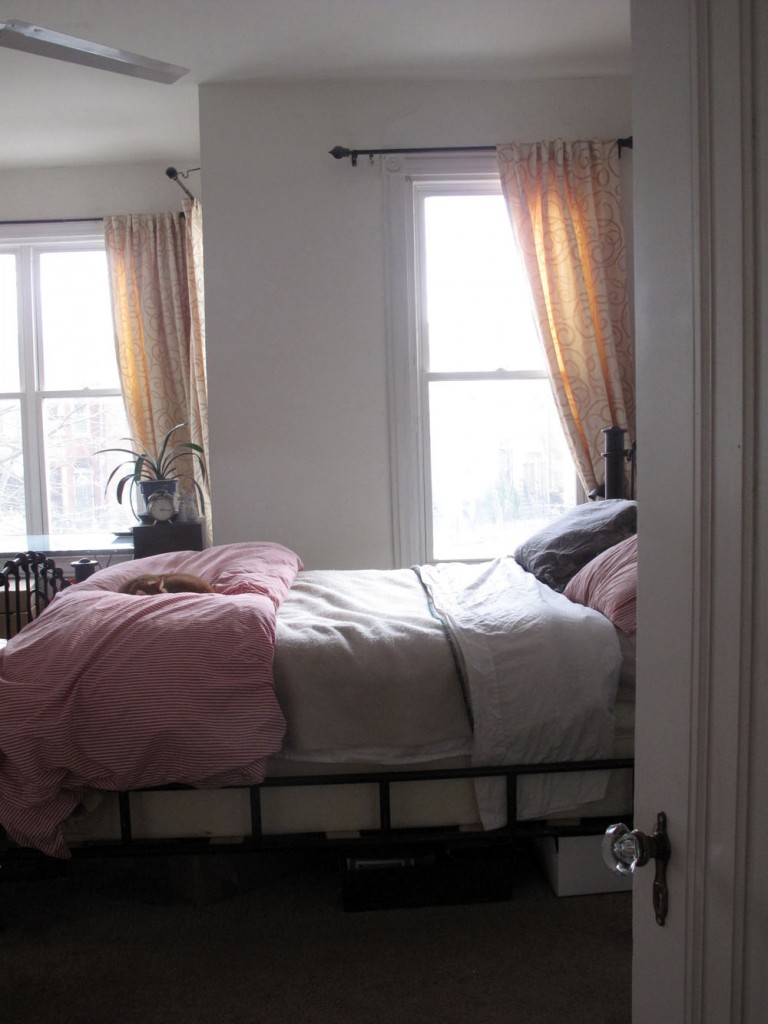 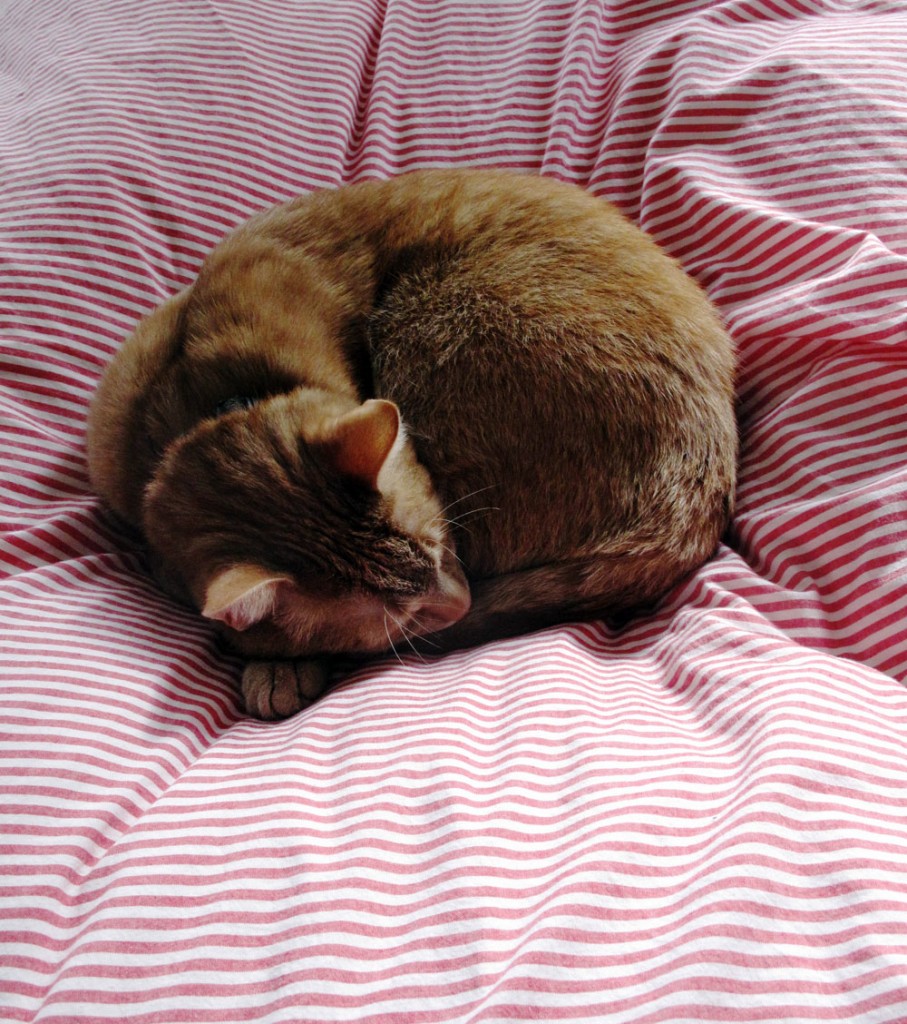 We then went through my list of improvements, and he also asked for approximate dates of when the jobs were done and how much, approximately, we spent on all renovations total. Finally we discussed how much I thought the house was worth (comps came in handy!) and why we would like to end up at a certain number (having certain amount of equity is necessary to drop mortgage insurance and perhaps take some money out without penalties).

We consulted our friends who had gone through re-appraisal before us, and apparently these are typical questions to be prepared for. At least in the DC area.

That’s it. The whole appointment took under an hour. Maybe 35 minutes. All of those efforts and 35 minutes later it was all over. Now we wait. 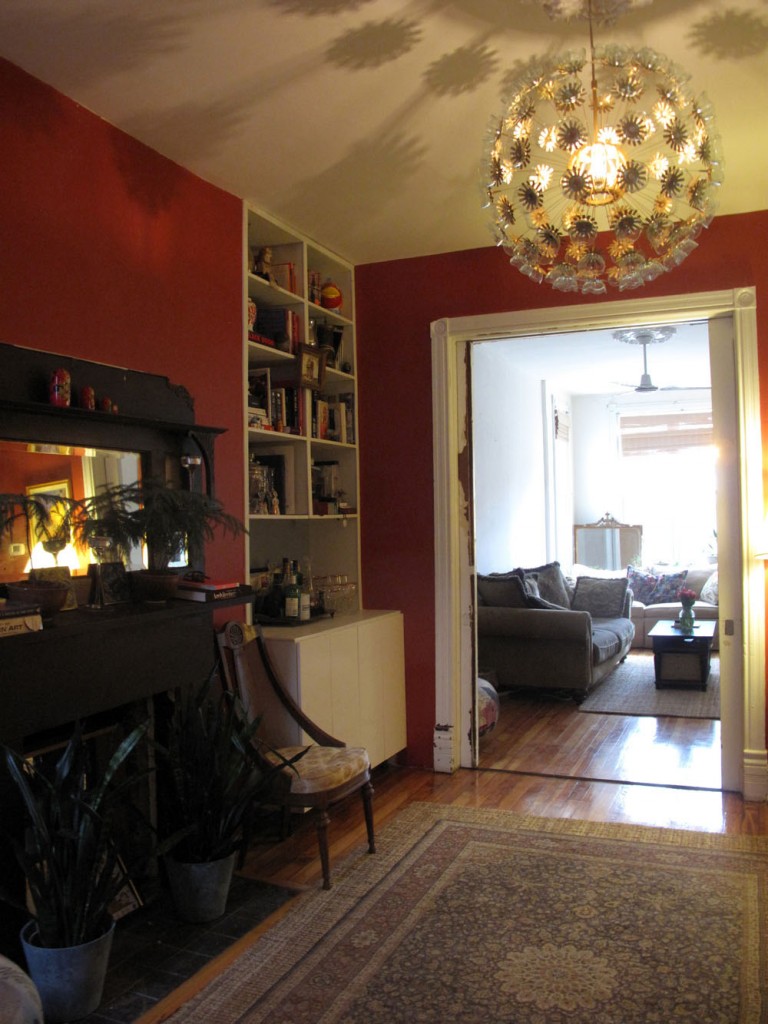