We are in a serious stripping phase – out with the old paint, in with the new paint. In between – a whole lotta effort with every stripping paint method known to man (well, almost).

First up we have the old/new bathtub, which had to make it upstairs before it could begin its rejuvenation process (thanks neighbors!):

I was worried for a bit that it wasn’t cast iron because it only took three men to get it up the stairs. but really, i was just being silly. Renovation makes you delirious at times. Anywho, our tub was made in the USA on April 12, 1915. Good ol’ American standard. 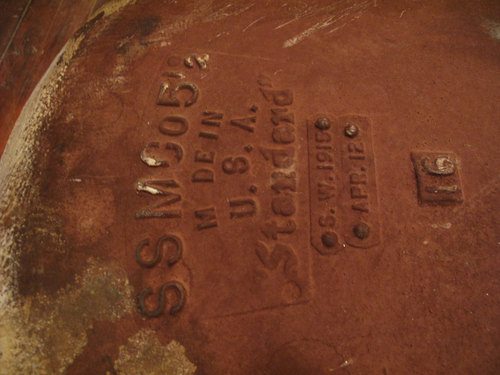 The bathtub was painted more than a few times, but thankfully only on one side, since the other side was up against the wall its entire life.Out came the peelaway: 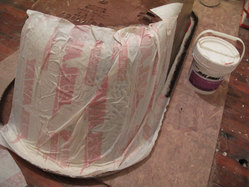 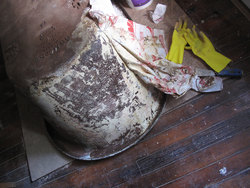 And also the heat gun (which actually worked pretty well), and more peelaway 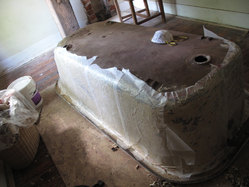 In the end a lot of the paint came off, but a lot of it stayed put. I decided the enough was enough, and at this point taking pictures was more than I could handle. So I sanded this sucker until it was smooth, and painted with rustolem anti-rust primer. Looks good as new! 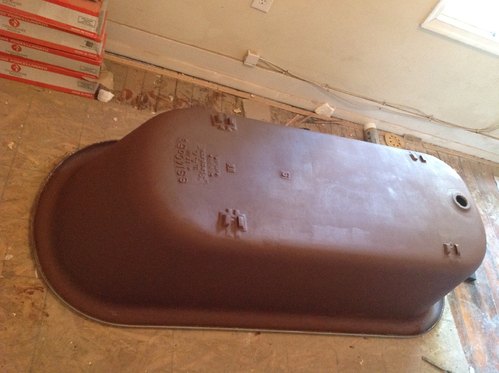 Now on to the claw feet of the bathtub a.k.a the giant talons. Our bathtub came with only three, but it was actually very painless to get the fourth foot/talon. Turns out Community Forklift regularly has them in stock, and sells then for $25 a pop (a bit pricey, but really when you need the fourth foot, you really need it). The talon feet were made standard, I guess, so no trouble finding one to match. 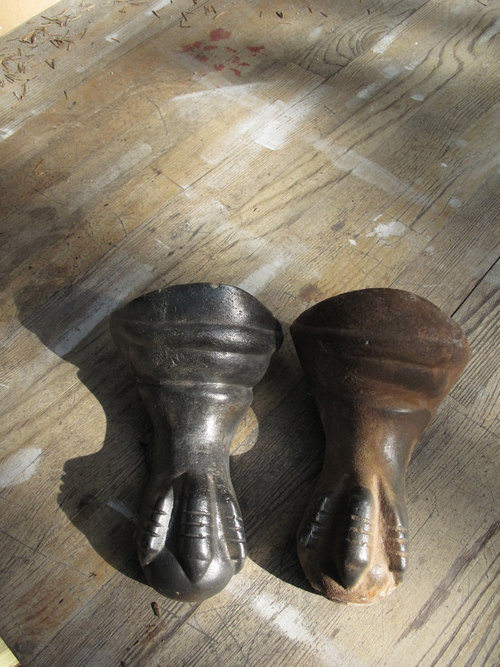 Actually, that one nice and shiny foot is already a stripped and polished version of its former self. I used a foam stripper on these guys, and it was like magic (really toxic one) – all paint came off in 2-3 tries with minimal scraping. 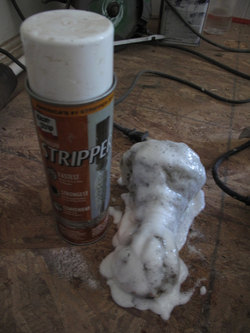 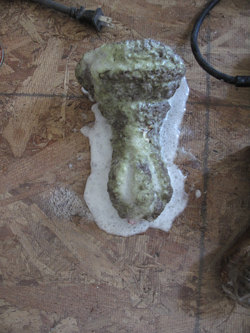 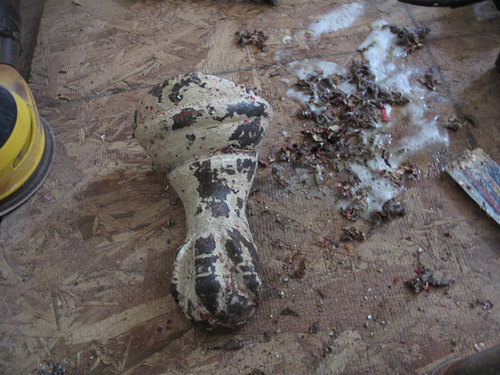 Two of the feet didn’t have the paint problem, but they were rusty! I tried naval jelly on them, though it didn’t work great. 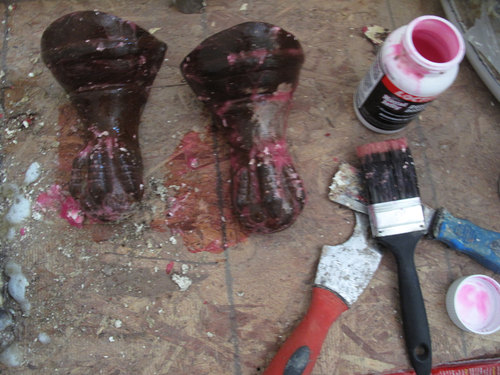 So, Sergey tried to wire brush them (with a piece attached to the drill) and it worked! 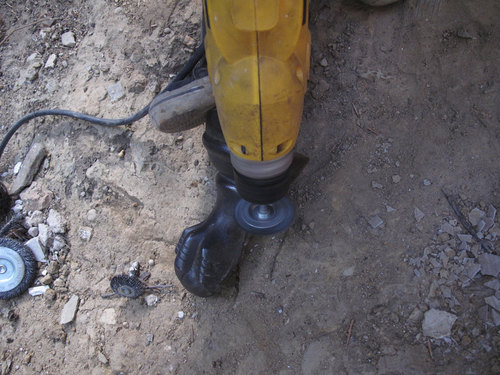 I was originally planning to paint these, but now these are staying au naturel – they are to pretty on their own. I think maybe some sort of clear polish to prevent rust from forming. 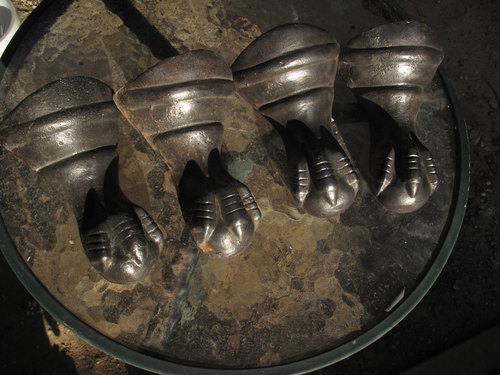