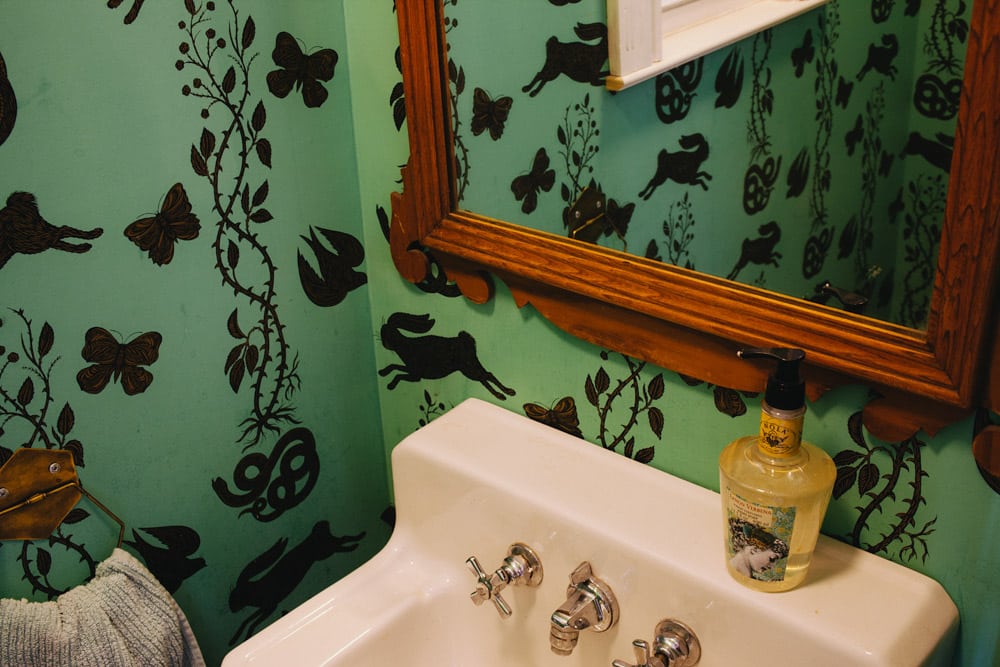 I realize I haven’t done proper before and afters for the half bath. Partly because the space wasn’t properly finished for a long time. Partly because the powder bath is devilishly difficult to photograph. It’s tiny, and getting in there for any sort of angle shot is pretty much impossible — head on also doesn’t work very well.

On the upside of the bath being a tiny, we are really squeezing out all the mileage out of the space that we can get.The half bath is super functional, not only because of its intended purpose, but because three of the four bathroom walls hide pretty much all of the plumbing, wires, and ducts for the half bath itself, the kitchen (heating vent), the bathroom and small bedroom upstairs.

Funnily enough for such a diminutive space, it underwent total transformation and looks nothing like it did before. Its hard to tell from the photos how ridiculously enormous the powder bath was prior to the renovation. I guess in your run of the mill 2500 square hundred feet house that would be fine. But we only have about two thirds of that space. Also its a powder bath — what’s the purpose of having a giant one? The problem was the layout with toilet and a full size vanity next to each other, with plenty of space in between each one. 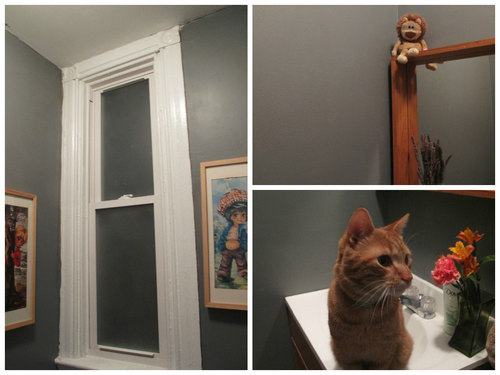 Obviously when we made decision to gut the kitchen, it was pretty easy to incorporate the half bathroom into that plan as well. The location of the powder room was always in the kitchen, although the door used to open into the dining room. We opted not to move the location of the bathroom, because of the toilet stack and all of the pre-existing plumbing lines were right there and any drastic changes would have been an expensive nightmare. So we had to decide on where to put the door — kitchen or bathroom. We played around with both options, and in the end decided on the door in the kitchen. That definitely isn’t ideal, but between the two options the door into the kitchen made more since the powder bath is opposite the pantry rather than the cooking triangle. Plus I just couldn’t imagine having a fancy dinner party with a bathroom door coming right out to the table. 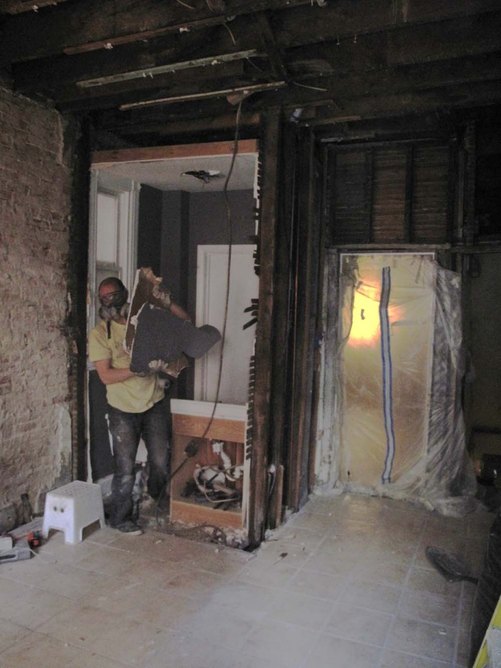 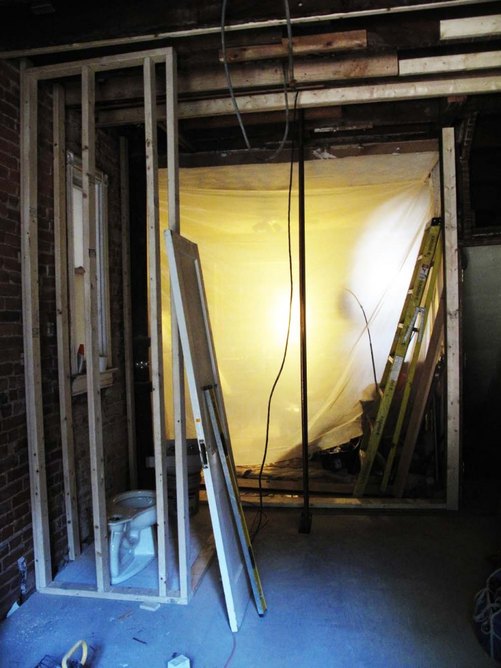 I love, love, love this space now. Notwithstanding how diminutive it is, it has so much character and awesomeness – between the wallpaper and the Russian coin floor – to last throughout the whole house. Not that the rest of the house doesn’t hold up, but its much more restrained. The one thing I wish we did was switch out the faucet and plumbing on the sink to brass — that’s in the plans though, so I guess there will be an update on this space sooner or later. This cost of the powder bath in materials came in at a modest $500, the majority of which was spent on wallpaper. It’s pretty difficult to estimate the cost of labor, since it was part of the bigger kitchen, bathroom remodel, but a general rule of thumb is that we split the cost of materials and labor about 50/50, so true cost of the room is probably closer to $1000.