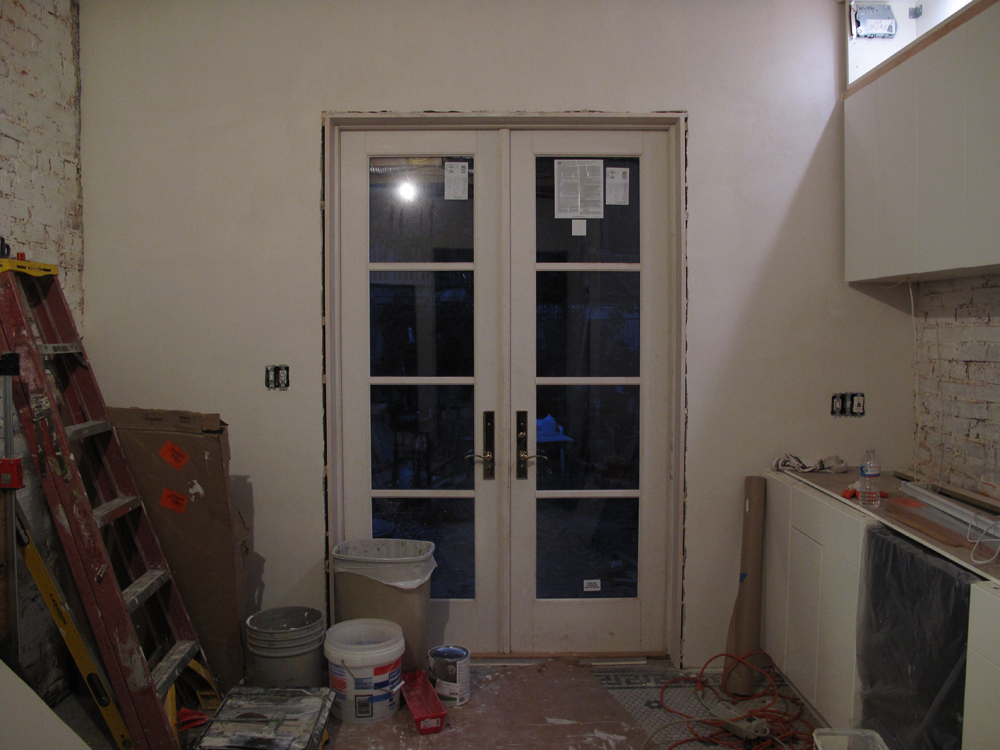 I was very happy with Thursday/ Friday progress.

Exhibit A: Plaster walls. Its actually hard to see the difference in pictures, but the base coat went on Thursday and top coat was all done on Friday. There is a big difference to the touch though – base coat is kind of grayish and is pretty rough and almost sticky — 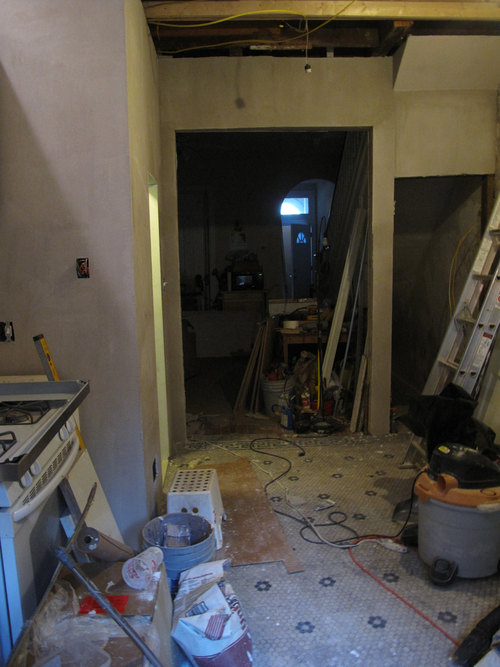 The top coat is white and smooth. 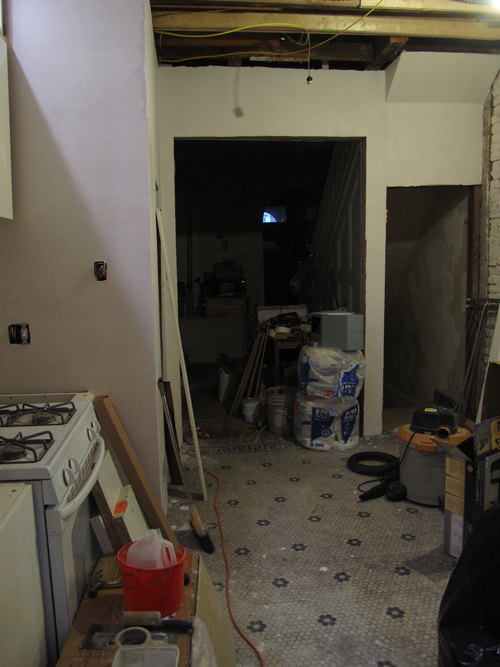 Overall I am very happy with the job they did skimming the plaster and so happy that we decided to stick with the original decision to go with plaster on all walls which are redone (the rest of the house mostly has plaster walls save for a few places that will be redone eventually). 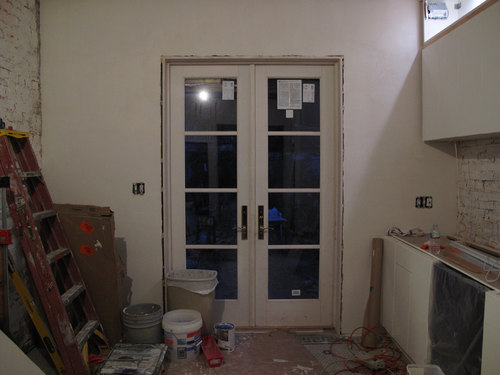 From the very beginning I wanted plaster walls, because it just made sense to me old house=plaster walls. And you can always tell the difference when looking at plaster vs. drywall. Plus structurally plaster is superior to drywall.

But getting plaster turned out to be no easy task. After some googling it became very clear that the expense and the mastery of historically accurate lath and plaster was too much to take on, particularly when the modern alternative – so-called blue board –  seems to be about just as good. But  try googling “where to buy blue board” it was impossible to figure out how to procure this product. After hours of googling I figured out that blue board is a type of gypsum board and there are basically two manufacturers in the US that make it – US Gypsum and National Gypsum; both have their own names for blue board: rocklath core plaster base and gold bond kal kore plaster base  respectively. Next problem neither Home Depot nor Lowes carry it in stores because there isn’t regional demand (I found this incredulous, how can that be with so many historic homes here?!) But a very nice rep at Lowes did recommend Capitol Builders Supply and finally I found what we needed. They deliver too! 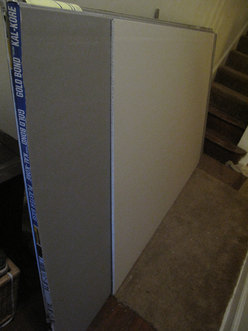 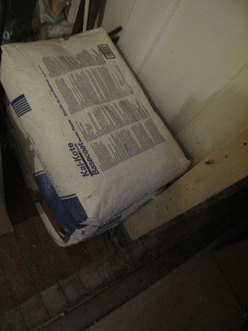 Ah this all seems so long ago (and it was – I think we ordered the supplies in June). Process of getting here was arduous but so worth it.

Exhibit B – kopeika floor. Actually on Thursday we weren’t happy to see this: 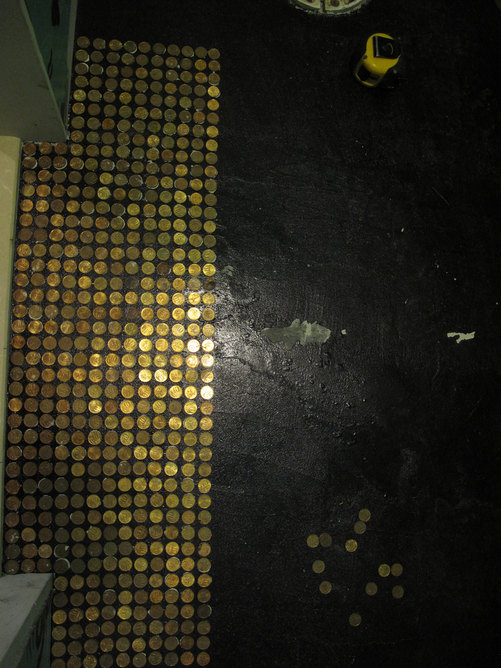 The contractors were putting down the coins one by one – dipping into thin set and putting them down. NO! particularly since the pattern was wrong. So we asked for a redo just using the sheets of coins that we had pre-made. 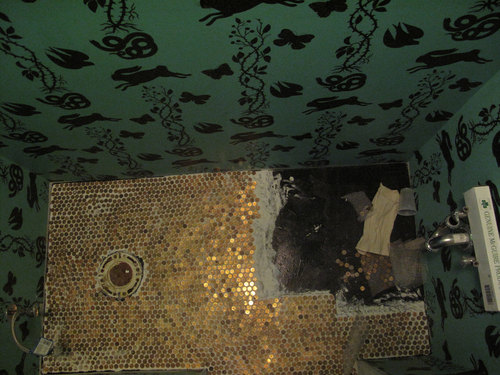 much better on Friday.